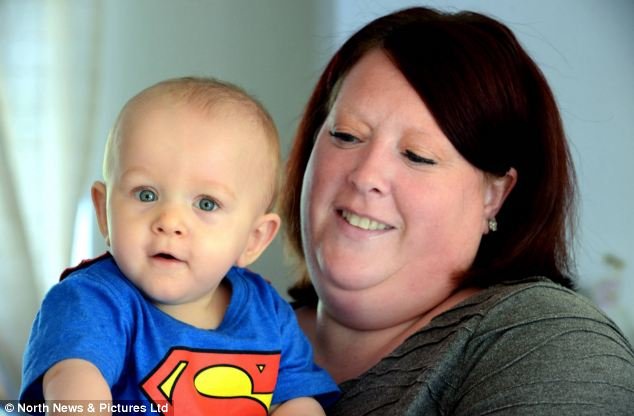 SUNDERLAND, UK, September 4, 2013 (LifeSiteNews) – A British mother is suing a government-run hospital after she was pressured into aborting a healthy baby her doctors insisted was ‘brain dead.’

Thirty-eight-year-old Sarah Hagan told the UK’s Daily Mail that at her 24-week ultrasound scan, doctors at Sunderland Royal Hospital said her baby’s brain had not developed, leaving him with “no chance of survival.”  They also said he probably had only one eye.

Hagan claims the doctors told her she had no choice but to abort.  The only question was whether she would take pills to induce an abortion, or travel to another hospital to have her baby’s heart stopped before the procedure.

“I took them believing that a termination was the only way,” Hagan told the Daily Mail. “They even told me they would have to carry out a post mortem examination to find out what had gone wrong.”

Stunned and grieving, Hagan agreed to take the abortion pills, after a sleepless night spent agonizing over the decision.  But when she went home to wait for her baby to die, the pills seemed not to be working.  So she returned to the hospital, where after an initial examination, “flabbergasted” hospital staff told her that they would deliver her baby immediately.

Her baby boy, Aaron, was born perfectly formed, with both eyes intact, kicking and breathing.  He was not, as doctors had previously insisted, brain dead.  But his early delivery meant that his lungs weren’t developed, and he weighed only 1 lb., 7 oz.  He also had a life-threatening infection.  He was placed on a ventilator and spent two months in intensive care.

Today, Aaron is a developmentally normal 15-month-old, but suffers from chronic lung problems and other health difficulties related to his prematurity.

“If I had been allowed to go longer into the pregnancy, I am sure he wouldn’t have had any of these problems,” Hagan said.

Hagan told the Daily Mail she has gone public with her story to in order to warn other mothers about the dangers of taking prenatal diagnoses at face value.

“I still find it hard to believe they could get it so wrong, that it was just presumed my baby would not survive,” Hagan said.  “When I look at him now and think what could have happened, it brings me to tears. … It breaks my heart every day when I look at my son and think how I almost got rid of him.”