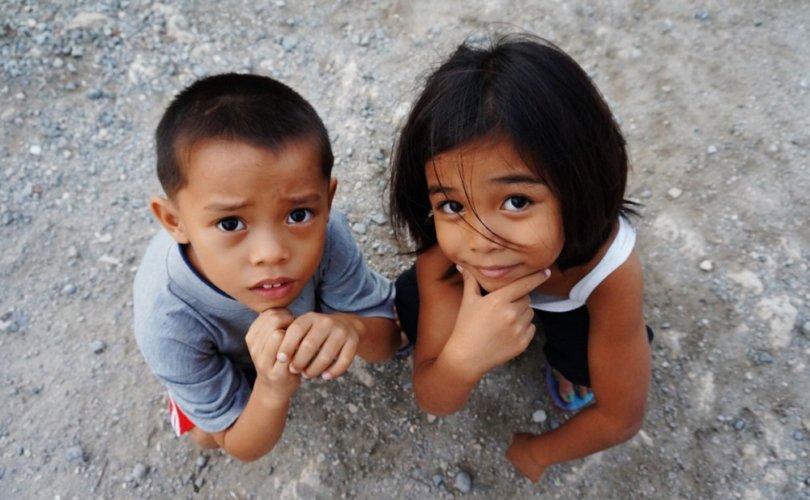 OTTAWA, June 28, 2019 (LifeSiteNews) — The mother of a six-year-old girl traumatized by gender ideology lessons that parents weren’t told about beforehand says she is taking the school board to Ontario’s Human Rights Tribunal because “it’s an issue of moral conscience.”

“We felt that, look, we have a valid point of view on this particular issue that no one seems to be ready to listen to,” Pam Buffone told LifeSiteNews.

The Buffones filed a complaint against the Ottawa-Carleton District School Board; the Grade 1 teacher; and the principal, Julie Derbyshire of the Devonshire Community Public School, after the teacher showed her class “He, She and They?!? — Gender: Queer Kid Stuff #2” in January 2018.

The video states that “some people aren’t boys or girls” and that there are people who do not “feel like a ‘she’ or a ‘he,’” a view the teacher then echoed.

The Buffones found out about the lessons only because their daughter became increasingly upset, telling them her teacher said “there’s no such thing as boys and girls.” She then asked if she could go to the doctor so she wouldn’t have to be a “mommy” when she grew up.

When a concerned Buffone met with the teacher, she confirmed she told the class “there’s no such thing as boys and girls” and that the topic of sex change had come up for discussion.

READ: Teacher traumatizes 6-year-old by telling her ‘there is no such thing as boys and girls’

The parents took the matter to principal Derbyshire, who said, as had the teacher, that the lessons were taking place because another student in the class expressed some confusion, Buffone told LifeSiteNews.

“But we know the parents of the little girl who was saying, once, as far as I know, that she felt like a boy,” she said.

“And they had been in to see the teacher a month before we had, to request that she focus on principles of kindness rather than gender.”

“The school board did nothing to ensure the lessons being taught were inclusive of the female gender. When we tried to raise our concerns we came up against a one-way conversation and we were handed their policies as justification,” Buffone said.

“We were told all kinds of personal opinions from various people, the principal in particular, about gender non-conforming students,” she told LifeSiteNews.

“We were told that educators know best and that they were doing a great job. And that did not match with our understanding of the situation from our daughter’s point of view.”

Ontario College of Teachers: “Curriculum is an ideology”

The Buffones then filed a complaint with the Ontario College of Teachers (OCT) in July 2018 — just after Doug Ford’s Progressive Conservative Party June landslide victory.

“The OCT dismissed the complaint, explaining that even if it were proven true, it would not result in a finding of professional misconduct,” Buffone told LifeSiteNews.

An OCT representative told her that “a lot of discretion is given the teachers in the curriculum.”

Buffone asked the representative: “Are not teachers not taught … to help kids accept themselves rather than push an ideology that might nudge them in one direction?”

“[T]he curriculum — it is an ideology,” the OCT representative replied.

“This will come up, whether in Grade 1 or Grade 8 — I don’t think we can get around that. As we’re looking through this curriculum document it reflects a certain way of thinking. I see that in the language that is there.”

The school board’s lawyers are using a similar argument in requesting that the Buffones’ complaint be dismissed, stating that the education ministry has endorsed the teachers’ right to teach gender identity as they see fit, wrote Barbara Kay in the National Post.

She says ministry officials admitted as much when defending the Ford government against a Canadian Civil Liberties Association and the Elementary Teachers Federation of Ontario lawsuit over its alleged repeal of the Liberal sex ed curriculum.

“Premier Doug Ford referred to this theory as ‘liberal ideology’ and committed to repealing the Wynne sex-ed, but his government has sanctioned teaching the unscientific gender identity theory at any grade level,” she told LifeSiteNews.

Parents afraid to speak out

“I regularly hear from many parents whose children have been traumatized by the teaching of gender identity theory in classrooms,” Granic Allen said.

But the scope of the problem is hidden because “parents of gender dysphoric children are terrified of speaking out for fear their children will be removed from their home,” she said.

That’s thanks to Ontario’s Bill 89, which added “gender identity and gender expression” to child welfare legislation.

Moreover, because of Bill 77, which bans reparative therapy for minors, “parents of gender dysphoric children cannot even consult with a physician on options — the only option is to affirm the child’s transitioning to a new gender,” said Granic Allen.

And the mainstream media have their own perspective on the subject.

There has been little reporting on the Buffone case since Kay first broke the story in the Post Millennial, aside from Jordan Peterson pointing out in the National Post that gender ideology has no place in schools.

Kay also penned a follow-up in the National Post calling for “an investigative task force” to evaluate how to teach gender ideology.

A parent told Kay her son claimed “out of the blue” to be “pansexual” and a “demi-girl.” When she and her husband took him to a therapist, the therapist told them: “You are the seventh set of parents from that class who have come to me with this problem!” Kay wrote.

“We lost complete trust in the system”

Buffone has heard from parents whose children claim to be the opposite sex and are desperately seeking support and afraid to go public.

“These families are just in complete crisis mode and they are concerned about their privacy,” she said. “Parents have told me they feel very, very isolated and they don’t know where to turn for help, and that’s got to be very scary for people.”

She hopes her effort “will give other parents the courage to speak up…we need to know what’s going on here.”

Meanwhile, the Buffones enrolled their two daughters in another school last September, even though it was a “heartbreaking” decision.

“We lost complete trust in the system,” Buffone said. “If you can’t trust the people who are taking care of your children you have to take them somewhere else.”

“It’s definitely an issue of moral conscience. She was still questioning me, this was in October, six months after the last gender lesson — ‘Why did my teacher say that girls are not real?’” Buffone said.

“I tried to say sometimes kids get confused and the teacher was probably trying to support another child in the class and she said, ‘But mom,’ and that’s when she pointed to her night table beside her, ‘my table is real,’” she said.

“We’re still concerned about what lasting impact that’s going to have, when a teacher undermines a child’s belief in reality itself” added Buffone.

“We just don’t know. We’ll have to see how life plays out.”