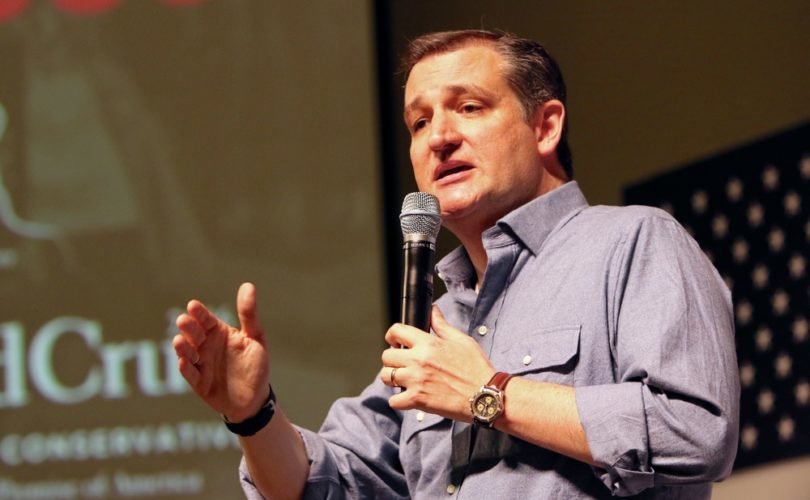 March 7, 2016 (LifeSiteNews) – The race for the 2016 presidential nomination seemed to shift over the weekend, as Ted Cruz posted big wins in two states on “Super Saturday” and only narrowly lost to Donald Trump in the two others.

Meanwhile, Marco Rubio seemed to slip further despite winning one contest on Sunday.

Ted Cruz came out first in Kansas by double digits, winning more than twice as many votes as Trump. He also won Maine by 13 percentage points, although its pro-life governor Paul LePage had endorsed Trump shortly after his first choice for the nomination, Gov. Chris Christie, did the same.

Meanwhile, Donald Trump continued his forward momentum toward the nomination, scoring narrow wins in Kentucky and Louisiana, winning each by four percentage points.

On Sunday, Rubio won the presidential contest in Puerto Rico handily, taking more than 50 percent of the vote and all 23 of the island's delegates. However, the U.S. possession does not cast electoral votes in U.S. presidential elections.

The win is Rubio's second, along with a victory in Minnesota last week. But everywhere else, the senator came in a distant third – or in Maine fourth, behind Ohio Gov. John Kasich.

In his victory speech Saturday night in Florida, Trump called on Rubio to leave the race, so he could take on Ted Cruz personally. “I think it's time now that he drop out of the race,” he said at a press conference. “You got to be able to win. He has not been able to win.”

Trump said he would “love to take on Ted one-on-one. That would be so much fun,” adding that Cruz would not be able to win in traditionally Democratic states like New York, New Jersey, or Pennsylvania.

Ironically, his call echoes that of some in the Republican Establishment, who have warily said they may need to ask Rubio to leave the race, because Sen. Cruz is the only candidate capable of defeating the billionaire this spring.

“We may be in a position where we have to rally around Ted Cruz as the only way to stop Donald Trump,” said former 2016 presidential hopeful Sen. Lindsey Graham last week, “and I'm not so sure that would work.”

That clashes with previous remarks from Graham, who joked at the Washington Press Club Foundation's Dinner last month that, “if you killed Ted Cruz on the floor of the Senate, and the trial was in the Senate, nobody would convict you.” He later denounced Cruz as an example of how his party had gone “bat—t crazy.”

As of this writing, Donald Trump has 384 delegates, with Ted Cruz in second at 300. Rubio has 151 delegates, while John Kasich has 37 delegates. A total of 1,237 delegates are needed to win the nomination.