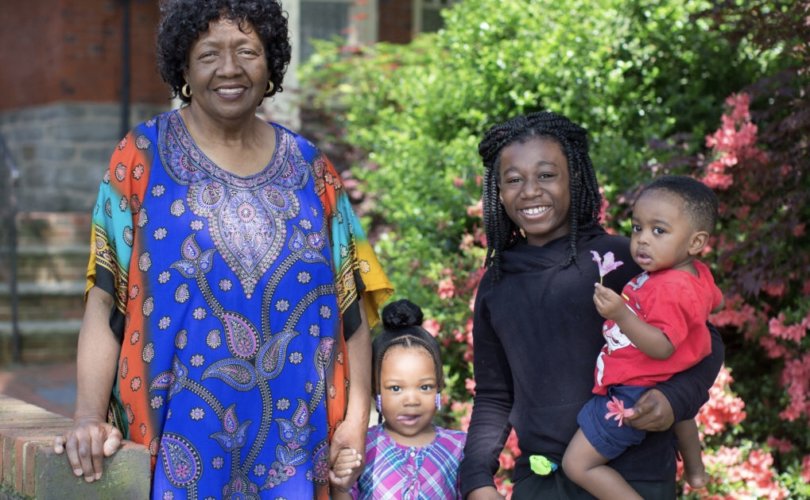 July 23, 2019 (LifeSiteNews) — Two foster mothers asked the U.S. Supreme Court to intervene in their case against the City of Philadelphia over its ban of religious agencies from providing foster care unless the agencies agree to compromise their beliefs about marriage.

Sharonell Fulton and Toni Simms-Busch are standing up for faith-based foster agencies and all foster children in need of homes, the Becket Fund for Religious Liberty said.

Becket is representing the women and the Archdiocese of Philadelphia’s Catholic Social Services. The city terminated CSS’ contract to provide foster placement services in March 2018 because the archdiocese adheres to Catholic teaching on marriage and won’t place kids with same-sex couples.

“The City of Philadelphia is threatening to close one of its most successful foster care agencies because it disagrees with their religious views on marriage — and foster kids are paying the price,” Becket Fund said in a statement.

Catholic Social Services had served foster children and their families in Philadelphia since 1917, long before the city became involved, Becket said.

Fulton was a longtime foster parent to more than 40 children over 25 years with CSS’ help, and Simms-Busch was a former social worker in the foster care system who recently decided to become a foster and adoptive parent herself.

“As a social worker, I evaluated the quality of care provided by all of the foster agencies in Philadelphia. When I decided to become a foster parent myself, I chose to go through the agency that I trusted the most,” Simms-Busch said. “The consistency, integrity, and compassion of Catholic Social Services have made all the difference in my journey through the foster care process.”

After two federal courts ruled against the women, Becket said, they turned to the Supreme Court “to protect the agency that has brought so many families together.”

In March 2018, the City of Philadelphia issued an urgent call for 300 new foster families because of a growing number of foster children caused in part by the opioid crisis.

However, despite the serious need for homes for 6,000 children in its foster care system — and CSS’ record of success as a foster agency — the city abruptly barred CSS from placing any children that same month.

The city also threatened to permanently end its contract with CSS in June 2018 unless it agreed to compromise its long-standing religious beliefs on marriage.

CSS and the Archdiocese of Philadelphia had served children throughout Philadelphia for more than a century, placing children in homes regardless of race, color, sex, religion, sexual orientation, or gender identity. The agency was serving more than 100 children in foster homes when the city ended its contract.

The city banned CSS from its foster placement program over the agency’s religious beliefs about marriage, according to Becket, even though CSS did not have a complaint filed against it and had never been approached by a same-sex couple looking to foster.

And due to the city’s action, taken because it disagrees with CSS’ beliefs about marriage, foster homes have stayed empty with parents unable to serve at-risk children.

“As the City of Philadelphia attempts to shamelessly score political points, dozens of beds remain empty and children are suffering the consequences,” Windham said.

Becket began representing CSS and the families against the City of Philadelphia in May 2018.

In July 2018, a federal judge denied CSS’ request for a temporary restraining of the city’s ban and on April 22 the Court of Appeals for the Third Circuit ruled against CSS, prompting Becket to ask the Supreme Court to hear the foster mothers’ case.

Fulton was fostering two young siblings with special needs when the city ended CSS’ contract. The children’s needs entail extensive medical care that she could not provide without CSS’ ongoing support, including training, resources and professional guidance.

“What justice is there in taking stable, loving homes away from children?” Fulton asked at the time. “If the city cuts off Catholic Social Services from foster care, foster moms like me won’t have the help and support they need to care for special-needs kids.”

“I have relied on Catholic Social Services for support for years,” she said, “and the City is taking away this help and causing harm and heartache to countless families like mine.”

Becket’s Fund media relations manager Ryan Colby told LifeSiteNews the next step is to wait and see if the Supreme Court will hear the case. The Court is back in session in October, which is when they will start determining new petitions to hear, Colby said.