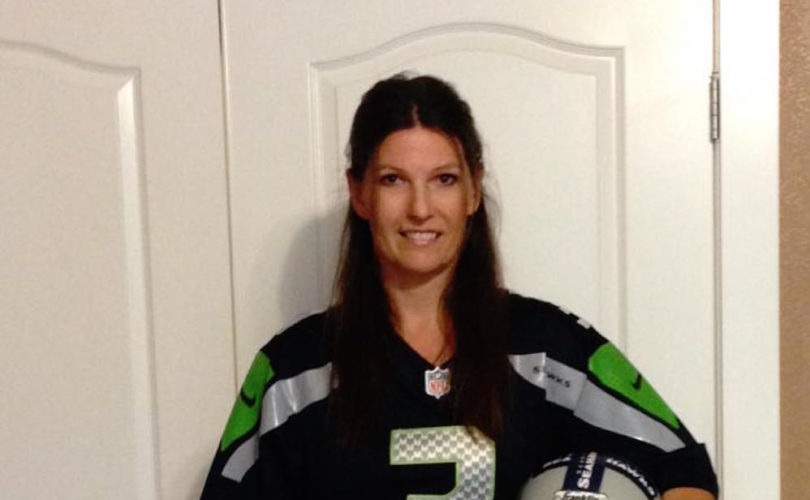 April 22, 2016 (LifeSiteNews)—A mother’s viral post about transgender bathrooms received support from across the world and caused her to be banned from posting on the social networking giant.

“Then how can this make a man into a woman?” Merritt continued, posting a photo of a dress and purse.

“A man in women's clothes does not make him a woman. Men should not get to be in our bathrooms or lockers! #‎JustWantPrivacy #‎BeBold,” she wrote.

Merritt reported that some had marked the post as having nudity in it, causing Facebook to ask her to remove it.

A family friend and Merritt’s husband then reported that Merritt was banned from posting on Facebook for a week.