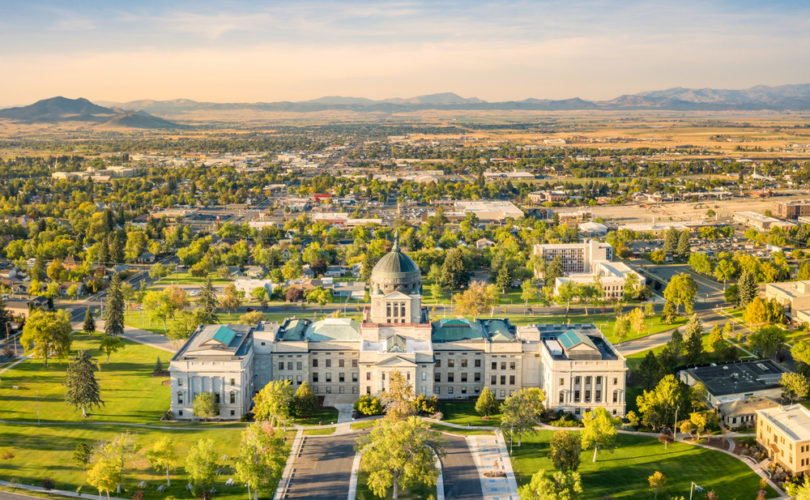 HELENA, Montana, May 10, 2021 (LifeSiteNews) — Montana Gov. Greg Gianforte (R) signed a bill on Friday that bans gender-confused males from women’s and girls’ sports, making Montana the seventh state to enact such a measure this year.

The Save Women’s Sports Act, or House Bill 112, mandates that sports teams and athletic associations sponsored by Montana schools must be based on biological sex. HB 112 explicitly requires that “athletic teams or sports designated for females, women, or girls may not be open to students of the male sex.” The bill also allows students harmed by violations to sue for damages.

“Science definitely establishes that sex is determined at birth and allowing males to compete as females will destroy female sports,” H.B. 112’s primary sponsor, Rep. John Fuller (R), said. He noted that his bill seeks “to protect the great societal gains accomplished by the passage of Title IX.”

Montana enacted the Save Women’s Sport Act in spite of pressure and threats of retaliation from the NCAA and hundreds of pro-LGBT companies, like Coors, Amazon, Google, and Verizon.

Studies repeatedly have shown that gender-confused males massively outperform females in athletic competitions. Earlier this year, researchers found that a year of “transitioning” to a feminized appearance only results in “very modest changes” in strength advantages of males. “These data significantly undermine the delivery of fairness and safety presumed by the criteria set out in transgender inclusion policies,” they wrote in a study published in Sports Medicine.

The NCAA nevertheless allows male athletes to compete against women and girls after a single year of cross-sex hormone use, jeopardizing safety and careers of female athletes, due to immutable biological differences between the sexes.

In January, the Biden administration promulgated an executive order suggesting that sex-based sports teams for children could be barred as illegal “discrimination.” HB 112 was amended last month to add a provision nullifying the bill if it results in the federal government denying funding to the state after a full appeal process.

With the passage of the Save Women’s Sports Act, Montana joins six other states — Alabama, Arkansas, Mississippi, Tennessee, South Dakota, and West Virginia — that have enacted popular restrictions on transgenders in female sports this year. Florida is poised to enact similar legislation, which passed the state legislature in April.

Montana has passed other new pro-family laws in recent weeks, like a bill strengthening conscience protections for Christians.