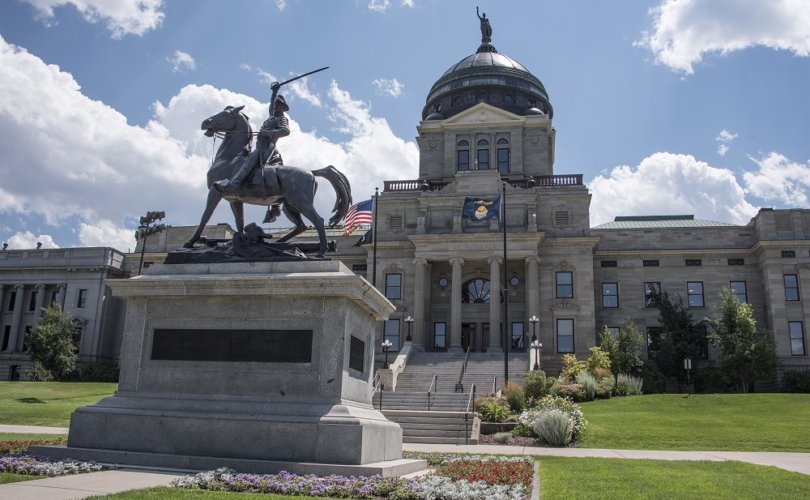 “Similar to tobacco in the 1950s, research & science have caught up with the harmful impacts of a pervasive industry. That is why the National Center on Sexual Exploitation authored the model resolution that formally recognizes the impacts of pornography which is being passed around the country,” said Dawn Hawkins, Executive Director of the National Center on Sexual Exploitation (NCOSE).

“Modern pornography — with its limitless quantity, speed, and violent or degrading themes — is a jarring new variable in human evolution. It’s not surprising that such a variable would have negative effects on brains and bodies built for person-to-person sexual contact. Medical professionals, elected officials, therapists and more are beginning to acknowledge the public health harms of pornography,” Hawkins continued.

The National Center on Sexual Exploitation has created a Research Summary highlighting findings from over 90 peer-reviewed studies on the harms of pornography. Some findings include:

Pornography Teaches Users that Women Enjoy Sexual Violence and Degradation: A recent study of PornHub videos found that 43% of videos included what the researchers categorized as “visible aggression” and 15% included “nonconsensual aggression.” This violence was almost ubiquitously portrayed against women, and women responded to that violence with pleasure. In response to these findings, the researcher noted that the prevalence of aggressive and demeaning acts in videos featuring teenagers, “may signal to viewers of all ages that these acts are not only normative and legitimate, but perhaps even expected,” thus creating social pressure on both young women and men to re-enact them with their sexual partners.

The CDC recently told CNN that “Pornography can be connected to other public health issues like sexual violence and occupational HIV transmission.”

“Montana joins a growing list of states formally recognizing the public health impacts of pornography. Other states include Utah, South Dakota, Kansas, Arkansas, Tennessee, Louisiana, Idaho, Florida, Kentucky, Pennsylvania, Virginia. Arizona, the 12th state, already passed the resolution in the House is expected to pass the resolution in the Senate soon. Texas is holding a hearing on this issue today.”

Learn more about the public health harms of pornography at EndSexualExploitation.org/publichealth.