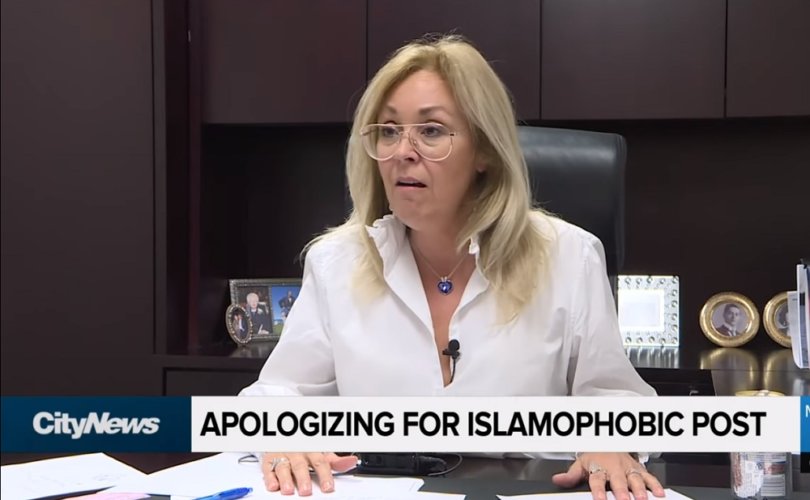 MONTREAL, Quebec, April 4, 2019 (LifeSiteNews) — Montreal is adding an “anti-discrimination clause” to its code of ethics for elected councillors and mayors.

The city’s executive committee approved the amendment to the code of ethics Wednesday that explicitly bars city councillors and mayors from discriminating on a number of grounds, reported the Montreal Gazette.

These include “race, colour, gender, gender identity or expression, pregnancy, sexual orientation, marital status, age except where provided for by law, religion, political beliefs, language, ethnic or national origin, social condition, disability or the use of a means to overcome this handicap,” the amendment reads.

The amendment is based on Section 10 of Quebec’s Charter of Human Rights and Freedoms. It will be tabled in the city council on April 15 and adopted May 13.

However, the amendment had been contemplated long before the Shand controversy, executive member Émilie Thuillier told the Gazette. The city council’s ethics adviser had submitted a report in February recommending an anti-discrimination clause in the councillors’ code of ethics.

Quebec’s municipal commission has penalties for breaching the code that range from a reprimand to a 90-day suspension, the Gazette reported.

But Montreal’s city council is going beyond its authority with such a clause, as human rights legislation falls under provincial jurisdiction, says lawyer Gwen Landolt of REAL Women of Canada.

“The city council is all mixed up,” and councillors are “getting into an area that is none of their business,” Landolt told LifeSiteNews.

“It seems to me the city council are so keen to be politically correct and sanctimonious that they’ve forgot their role,” she said.

“What has this got to do with what their job is? Their job is infrastructure, roads, bridges, and to look after the city. And believe me, Montreal needs a little help,” added Landolt.

As for Shand, Anjou’s Mayor Luis Miranda turfed her out of his caucus last Wednesday after a storm erupted over her Facebook post, now deleted, in which Shand said she was angry after being treated by a hijab-wearing ophthalmologist, the Gazette reported.

“I am raging because this is really the Islamization of our country, we must accept everything, give them reasonable accommodations, take down our crucifix,” she wrote, adding that Muslims want to “convert the planet to Islam by massive immigration and multiple births.”

Shand later denied she was prejudiced and said she supports only secularism and believes that public-sector workers should not be permitted to wear religious symbols, according to the Gazette.

That will be the case once the Coalition Avenir Québec passes its controversial Bill 21.

Legault is doubling down in the face of public outcry against the bill, saying he will use closure to force the bill through before the Quebec legislature recesses for the summer and vowing to invoke the “notwithstanding clause” to forestall any Charter challenges to the law, the Gazette reported.

Landolt says Montreal’s amendment to its code of ethics appears to conflict with Bill 21, which she blasted as “devastating. Freedom of religion is under attack, obviously.”

She maintains that the “notwithstanding” clause does not apply to Section 2 of Canada’s Charter of Rights and Freedoms, which guarantees freedom of religion as a fundamental right to all Canadians.

“But somebody has to bring an action on [the bill],” Landolt told LifeSiteNews. “Someone within the province would have to argue against it.”