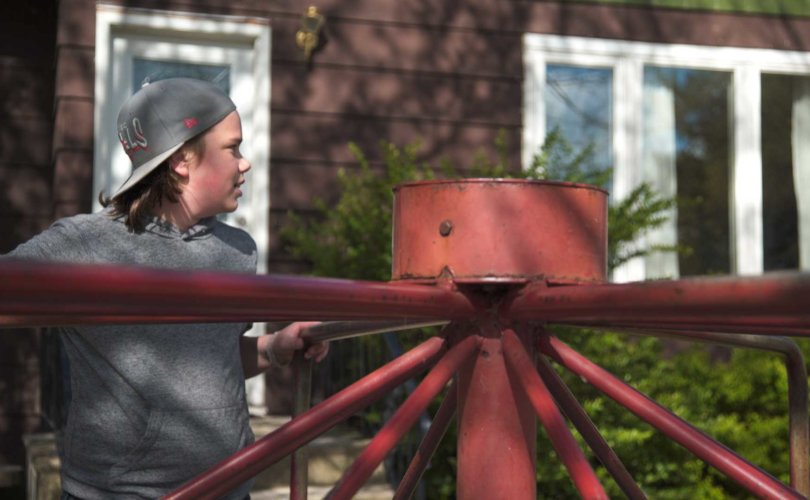 November 6, 2017 (LifeSiteNews) – A new documentary called Over 18 examines the rise of pornography addiction in children as young as nine.

Over 18 details how hardcore pornography has become the norm in the age of the Internet. The pornography industry has undergone massive changes since the days of Playboy, whose images would fit in with today’s mainstream advertisements.

Gabe Deem, the founder of Reboot Nation, shared in Over 18 how he first discovered a pornographic magazine when he was eight, viewed softcore pornography on TV at age nine, and accessed digital pornography with high-speed Internet at age 12.

After a years-long battle with Internet pornography, Deem says he finally “can feel emotions again.”

After he quit pornography, it took him nine months to be able to be aroused without it.

One of the most harrowing stories in Over 18 is Joseph’s. He became addicted to pornography in third grade when he was just nine years old.

He accidentally discovered it while playing a game. Then, his life unraveled as he began viewing more and more graphic and hardcore materials.

Joseph became angry and began to beat his sister, who eventually became scared to be alone with him. His aggressive behavior toward females was one of the biggest changes in his personality.

After Joseph’s mom found the amount and types of pornography he was viewing, their family discovered the only way to protect him from it was to rid their house completely of electronics.

Their family now has a policy that if someone wants to use a computer, another person must be alongside looking at the screen.

One of the ways in which Joseph has begun to recover from his exposure to extremely violent, misogynistic pornography is by humanizing the people in it.

His parents have also had to explain to him that the pornography he consumed is not at all a realistic representation of what sex is like.

‘I barfed my guts out all night’

Margold is responsible for around “500 hardcore penetration scenes” and has won numerous awards for his pornography.

“I would die to protect this industry, because it’s given me my life,” said Margold.

“I’ve done lots of interviews in my life, and meeting with Bill was easily the most difficult interview I have ever done,” said Jared Brock, the film’s co-director. “I was actually supposed to go to Vegas the next day but we had to bump my whole schedule because I went back to my friends’ house and I barfed my guts out all night.”

Don’t believe those lies, said Brock. Bill “lives alone, in a rent-controlled apartment in downtown Los Angeles with his teddy bears and his cat.”

Margold died after the documentary was filmed. Margold and the documentary makers had exchanged numerous emails after Margold’s interview. Margold thought the film about porn’s harms was a waste of time.

“There are some people who will celebrate the fact that Bill is no longer with us,” said Brock. “But I grieve it, because Bill never got to experience real love.”

There is no pornography in the film, but the degradation of women is explicitly discussed, as are various genres and subgenres of pornography.

De La Mora eventually left the industry and got married. Her husband is someone who “saw her for more than just her body.”

Even though “he knows her past…he’s never Googled her name.”

Information about hosting a screening Over 18 is available here.