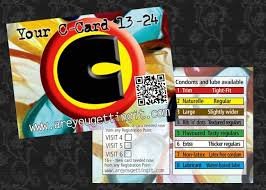 Feb. 17, 2015 (LifeSiteNews.com) – The National Health Service (NHS) is expanding a program dreamed up six years ago by the Brook Advisory Service, a UK “sexual health” organization targeting teenagers, that gives boys as young as 12 a condom “credit card” or “C-card,” allowing them to receive free condoms at sport fields, clubs and barbershops.

Under the expanded program the C-Cards can now be obtained by boys or girls as young as 13 from schools, libraries, health centers and pharmacies, without parental notification.

The program is already in place in many urban areas across the UK and, according to the NHS, will be introduced shortly at locations throughout West Sussex.

Upon showing the card, a child is given 12 condoms, sexual lubricant and a how-to-use information sheet. Those aged 16 and over can use the card six times while 13- to 15-year-olds can use it three times, after which the card must be renewed.

Critics of the scheme say it will simply encourage children to be sexually active from a younger age.

The pro-family group Family Education Trust slammed the program, saying the scheme denies parents the opportunity to protect their children against early sexualization and the consequences of underage sex.

“The role of parents and carers is vital in protecting young people as they are privy to emotional wellbeing, friendship groups and unusual behaviours,” a Family Education Trust spokeswoman said.

“They are therefore uniquely positioned to intervene and safeguard. The C-Card scheme denies parents the opportunity to advise and protect their children against the physical and emotional consequences of sex.”

Simon Calvert of the Christian Institute told the Daily Mail, “It's worrying that the adults in charge of health authorities don't seem to realize it's against the law for children to have underage sex. Rather than helping them to have underage sex they need to be focusing on protecting them from it. Let kids be kids.”

“We are all concerned about the sexualization of young people, particularly with the influence of the internet and social media,” Calvert said in a statement.

“For three decades the cry has been that we must have more sex education, of a more explicit nature, at an ever younger age – and look where it has got us.

“We should end the defeatism that says all children will inevitably be exposed to pornography and engage in underage sexual activity. It is a counsel of despair,” Calvert stated.

Josephine Quintavalle, founder of Comment on Reproductive Ethics (CORE), a Christian pro-life organization in the UK, warned concerning the prototype C-card program that, “We are just facilitating and encouraging sexuality without any deeper understanding of the emotional side of relationships.

“We used to talk about recreational sex among 18-year-olds – now it is 13-year-olds,” Quintavalle said.

A mother of two from Lancing, West Sussex, where the program will be launched next, echoed Quintavalle's concern, telling the Daily Mail she believes 13-year-olds should not be given condoms.

“I'm not naive to think information and protection should not be available until 16 and I agree advice needs to be given,” said Sarah Underwood. “But I do think 13 is a little young to get free condoms and that would be a concern for me.”

The UK still has the highest teenage pregnancy rate in western Europe, despite ubiquitous sex-ed and contraceptive programs.

Studies have repeatedly shown that “safe sex” education and easy access to condoms does not reduce teenage pregnancy rates or incidence of sexually transmitted disease.

Professor David Paton, chair of industrial economics at Nottingham University, found that UK school sex education has resulted in little to no statistical change in the teen pregnancy rate over the last 40 years.

In an article in the journal Education and Health, Paton wrote, “Implicit (and sometimes explicit)” in government policies teaching children about “safe sex” and giving them access to “family planning,” has been the assumption that it “will reduce pregnancy rates amongst those teenagers who were already having sex but will not cause an increase in the proportion of all teenagers who engage in sexual activity.

But the data suggests, Paton noted, that telling kids how to have “safe” sex and providing them with contraception, and kids then getting pregnant, “are irretrievably interlinked.” More and easier access to contraception, combined with the permissive message from teachers and authority figures, “reduces the effective cost of sexual activity” and encourages underage teens to engage in sexual activity.

“In conclusion,” Paton wrote, “despite recent decreases in the overall underage conception rate, unwanted pregnancy amongst minors in England and Wales has proved remarkedly resilient to policy initiatives implemented by different Governments over the past 40 years.

“The introduction of sex education is well correlated with the increase in abortion, STDs and boy-girl interpersonal problems. Good education gives people the desire to try it out or learn more experientially. Paradoxically, in that respect, current forms of sex education are good education but have the wrong results,” Dr. Ney concluded.

The complete text of Dr. Ney's commentary on sex education is available here.