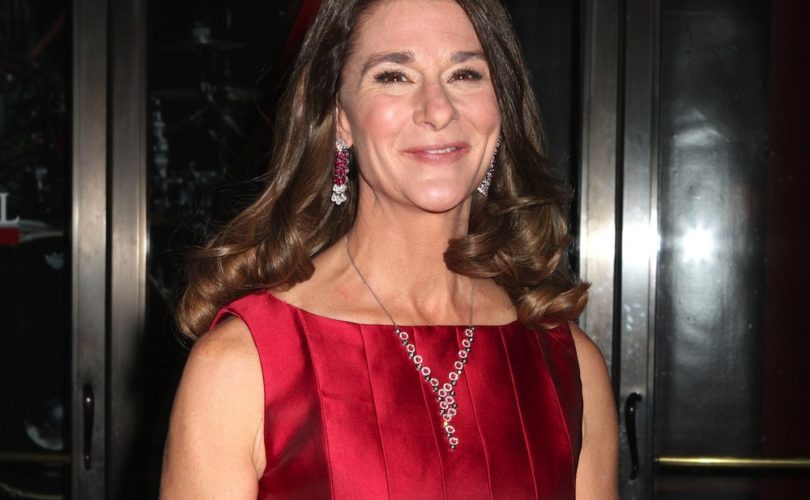 Melinda Gates attends the Glamour Woman of the Year Awards at the Carnegie Hall on November 11, 2013 in New York.JStone / Shutterstock.com

The Bill and Melinda Gates Foundation has announced additional donations over three years totaling $120 million more for their pet project, a global initiative to combat childbirth among the poorest of the world.

FP 2020 had a goal of getting contraceptives to 120 million more women and girls by its namesake year. A status report showed only an additional 25 million, far short of the trajectory needed to reach the Gateses' birth-stopping target.

“Three years ago, the global community set an ambitious goal. More than that, we made a promise. A promise to 120 million women and girls that by 2020 they would have access to family planning services and contraceptives if they wanted it,” Melinda Gates explained.

“Since we made that promise, millions of unintended pregnancies have been avoided and thousands of lives saved,” Gates claimed.

Priority for the sterility giveaway will be given to the urban poor in the poorest countries of the world. The Gateses' concern is high, because, as All Africa put it, “[t]he largest generation of youth in history [are] about to enter their reproductive years.”

Melinda Gates, who claims to follow the Catholic faith, says birth control will “empower” women, make them “prosperous,” and “transform their lives” for the better.

“So-called 'modern methods of contraception' include powerful steroid-based drugs such as Depo-Provera that have serious side effects,” Mosher explained. “Among these are an immune-suppressive effect that makes already vulnerable women even more susceptible to contracting HIV/AIDS and other diseases.”

Drug company Pfizer is using Family Planning 2020 money to give away its 3-month injectable steroid contraceptive Depo-Provera. “One billion doses of Depo Provera have been produced so far, and we are committed to making another one billion doses by 2020,” a company spokesman said.

Depo-Provera is an abortifacient, which makes the woman's uterine lining so thin that any already conceived baby cannot implant in the womb.

LifeSiteNews has reported on Depo-Provera's weakening the immune system and making its user more susceptible to HIV and STDs. Researchers from the University of Washington found that the use of Depo-Provera doubled the transmission rates of HIV, by thinning the uterine wall to better receive HIV and by weakening the immune systems of women who use it.

“Even the language the group uses is deceptive,” Mosher pointed out. “An unintended pregnancy is not an unwanted pregnancy. And an abortion, legal or not, is always unsafe for an unborn child.”

In 2014, Melinda Gates stated that her and her husband's foundation “has decided not to fund abortion.” No mention was made of the abortifacient qualities of the contraceptives her foundation is hoping to give 120 million women. In a blog post, Melinda said she “struggle[s] with the issue” of abortion.