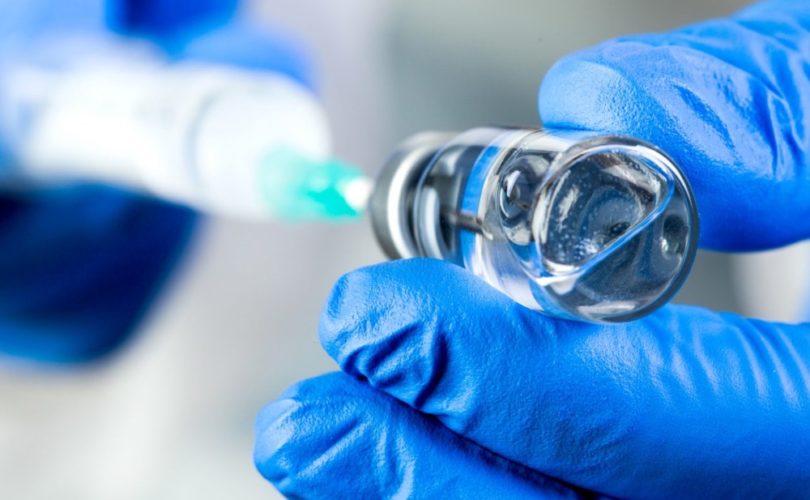 (LifeSiteNews) – Around 2,000 people gathered in silent protest against COVID jab mandates in Alberta’s capital of Edmonton on Sunday at a rally preceded by testimony from doctors who spoke about the ill effects they have witnessed from the injections.

“In my practice, you know, lately I’ve seen many people injured by vaccines. It is really sad, you see these people there they come, visit you regularly and they’re just doing their duty for the government, you know, and they’re just following orders and they come in and they get injured and it’s sad,” Alberta physician Dr. Chris Gordillo said at the Silent Protest for Albertans Against Vaccine Mandates.

Gordillo practices family medicine in nearby Spruce Grove, Alberta, and is one of many doctors opposed to COVID vaccine mandates being imposed at the hands of Alberta Health Services (AHS).

AHS recently announced that they will extend until November 30 a mandate that all of its workers be fully vaccinated with the COVID shots.  Once the mandate takes effect, it will impact thousands of doctors,  nurses, and other healthcare workers.

Gordillo called out government COVID jab mandates as “tyranny” and said he has had patients “crying in my office because they have to decide whether to get this jab or whether to keep their job.”

“And it’s so sad because, you know, if you’re getting a vaccine not for your health but for your job, that’s a sign of tyranny,” Gordillo said.

Speaking at the silent protest along with Gordillo were a concerned parent, a nurse, a firefighter, a pastor, and a first nations elder.

Joining the other speakers was Dr. Daniel Nagase, who was recently blacklisted by Alberta Health Services for treating his COVID patients with ivermectin.

Along with Gordillo, the other speakers all spoke out against COVID jab mandates and blasted a recent deal by the federal government signed with Pfizer for 2.9 million doses of the COVID shot for kids age 5 to 11.

The protest was held on the grounds of the Alberta Legislature, next to a First Nations sit-in encampment protest that has been on the grounds for nearly a month. Many from the sit-in attended the silent protest in solidarity.

After the speakers, more than a thousand joined together in silent protest in single file lines.

Gordillo said the “most alarming thing” happening “is the vaccines in the kids.”

“This is just wrong. Kids have a 99.97 percent recovery rate from that,” he said.

Gordillo then shared that his four kids along with himself recently had COVID but recovered just fine.

“And they recovered, we keep them home, give a few days. You know, some vitamins are always good, and they got better.”

Gordillo then called out the mainstream media narrative that “is very different than the reality.”

“And the narrative is, is that you know, they find the one kid that, you know, sadly passed from COVID,” Gordillo said.

“And they put it all over the news. And you know, they might have had underlying health issues or that sort of thing, but they focus on the kid and that’s all you see for the next few days.”

Gordillo said the mainstream media does not mention that most children recover from COVID “like any “other cold or flu that’s been in the past, and that this “needs to be emphasized.”

A group of Alberta firefighters opposed to COVID jab mandates has launched a constitutional challenge against Alberta Health Services (AHS) for requiring all contractors who work for them to be vaccinated.

Tim Moen, who works as a firefighter and paramedic in Alberta, was also at Sunday’s protest. He helped found the group Fight for the Frontline, and says that even though he has had the COVID shots, he’s “in this to fight for my brothers and sisters who are being discarded by the system like yesterday’s trash.”

Dr. Peter McCullough, M.D., an eminent internist and cardiologist, recently affirmed that against COVID-19, “[For] people under 50 who fundamentally have no health risks, there’s no scientific rationale for them to ever become vaccinated.”