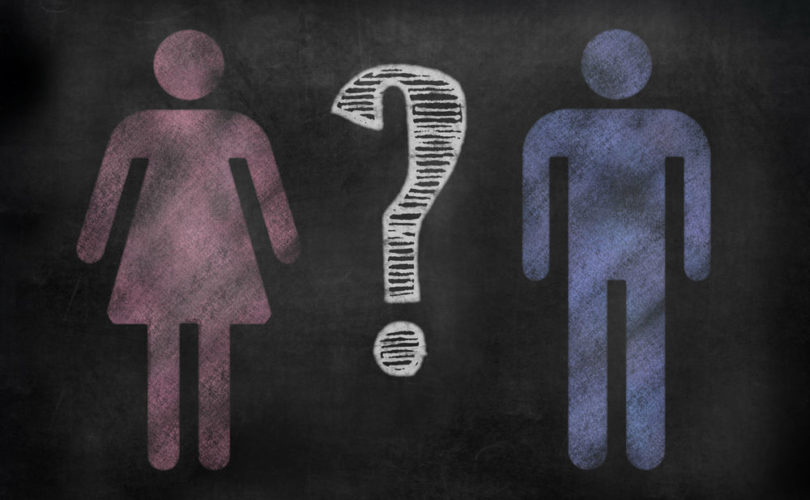 May 25, 2017 (LifeSiteNews) — The American Society of Plastic Surgeons released its first-ever report tracking national statistics on transgender surgery, increasingly referred to as “gender confirmation surgeries,” that showed close to a 20 percent increase in 2016 over the previous year.

The ASPS, which represents 94 percent of all U.S. board-certified plastic surgeons, revealed that members of the organization performed 3,256 “transmasculine” and “transfeminine” surgeries last year.

Among male-to-female patients, the vast majority of procedures (92 percent) were breast operations. Seven percent were facial.

Among female-to-male patients, there is a similar distribution of surgeries: 95 percent involved patient’s breasts or chests, and 5 percent were facial procedures.

The trouble with transgender medical activism

Dr. Michelle Cretella, MD, FCP, president of the American College of Pediatricians, is not surprised by the reported increase in transgender surgeries.

“Transgenderism is a psychological disorder, not a biological one,” she said. “Consequently, we expect transgenderism and its associated medical procedures to increase as society increasingly promotes this lifestyle.”

“Linguistic engineering precedes and accompanies social engineering,” she said. “Transgender activist physicians realize that sex reassignment surgery is a misnomer. In other words, surgery cannot change a person’s sex. By renaming sex reassignment surgery gender confirming surgery, they give the impression that they are affirming an inborn trait and further the innate immutable transgender myth.”

Recent trends are troubling, especially with regard to children.

“Many children are being permanently sterilized by these treatments and sentenced to a lifetime of toxic medications to impersonate the opposite sex. Medications that cause everything from cardiovascular disease to diabetes to cancer.”

“As activists continue to encourage earlier diagnosis of so-called transgender children and lead them down the path of chemical castration with puberty blockers, followed by cross sex hormones, surgeons in the field are seeking to lower the age of consent for sex reassignment surgeries, which include double mastectomies, hysterectomies, the construction of vaginal pouches, and the removal of testes and penises.”

Christian Medical & Dental Associations, a national organization of Christian healthcare professionals, currently has a case before the circuit court in Texas concerning the HHS transgender mandate, which essentially coerces medical professionals to provide services that they deem to be not in their patients’ best interest.

Dr. David Stevens, the association's CEO, is concerned about the trend toward increased medical interventions for gender dysphoric youth.

Stevens told LifeSiteNews that kids “lack the cognitive ability to give informed consent to procedures like this.” Whether they be hormone treatments or surgical procedures, these interventions have lifelong ramifications. “Among individuals who identify as transgender, use cross-sex hormones, and undergo sex reassignment surgery, there is well-documented increased incidence of depression, anxiety, suicidal ideation, substance abuse, and risky sexual behaviors.”

“Eighty to 85 percent of the time, these kids revert to their biological sex after they go through puberty.”

“Our concern for the rise of gender confirmation surgeries is a concern that comes from a place of love,” Brown said. “As Catholics, we believe that  every man, woman, and child deserves the unlimited love of God. We also know that love is based in truth, and so the measure of our love for any person is measured by our willingness to desire good for them based in truth. The problem that transgender surgery presents is that it is a procedure that is opposed to the biological reality of that particular person.”

“Healthcare at its core is about loving a person at one of the most vulnerable moments in that person’s life, when they have a medical need. We must seek to love anyone who has need for medical care, but it should be consistent with that person’s biological, sexual and anthropological truth. So for Catholic medical professionals, if we’re not loving each medical patient in truth, we are not really loving them at all.”