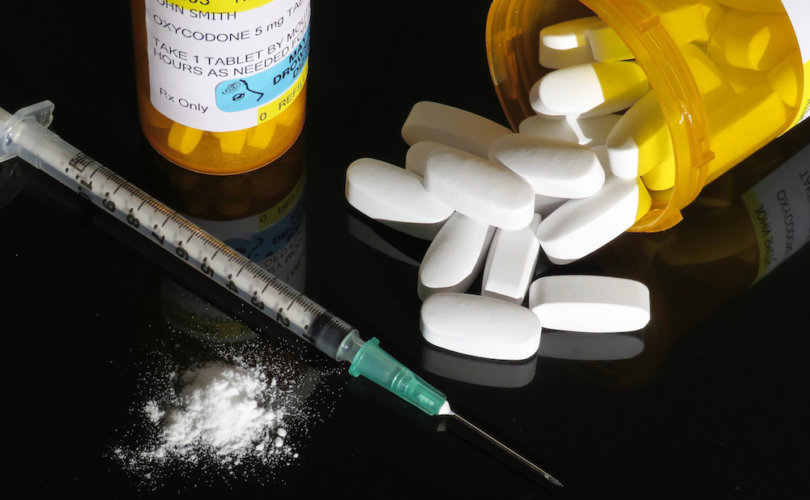 (LifeSiteNews) – The United States recorded the most drug overdose deaths in history over the past year, new federal data shows, amid surging opioid use and punitive COVID-19 restrictions that led to a spike in substance abuse and mental health issues.

More than 100,000 Americans died of overdoses between April 2020 and April 2021, according to provisional data published Wednesday by the U.S. Centers for Disease Control and Prevention (CDC), the Associated Press reported.

The record death toll is a 28.5 percent increase from the 78,056 fatal overdoses during the 12-month period that ended last April. The figures are also around double the number of drug deaths tallied by the CDC just five years ago. Roughly 70 percent of the deaths were among men between the ages of 25 and 54.

Opioids resulted in 75 percent of overdose deaths in the year ending in April 2021, according to the provisional CDC data, surging from about 50 percent last year. Two-thirds of all opioids-linked deaths were attributed to synthetic opioids, like fentanyl, the AP said. Psychostimulants, including methamphetamine, accounted for a quarter of deaths, up by 48 percent from 2020.

The latest CDC data on fatal overdoses is unofficial, and experts said the full death count will likely be higher and may surpass last year’s previous record of 93,300.

“It’s telling us that 2021 looks like it will be worse than 2020,” said Robert Anderson, chief of mortality statistics at the CDC’s National Center for Health Statistics.

“2021 is going to be terrible,” Dr. Daniel Ciccarone, a drug policy expert with the University of California, San Francisco, told the AP.

Officials have credited heightened fentanyl use with the historic rise in deaths. Records from the Kentucky Office of Drug Control Policy show that nearly three-quarters of Kentucky’s overdose deaths in 2020 were linked to the potent drug, which is 100 times more powerful than morphine, according to cincinnati.com.

Much of the illicit fentanyl devastating American communities comes through the southern border, processed by Mexican drug cartels who often purchase it from China.

Drug Enforcement Administration administrator Anne Milgram said at a White House briefing on Wednesday that the federal government has already seized an unprecedented 12,000 pounds of fentanyl in 2021 – enough to kill every American – amid the Biden administration’s ongoing border crisis. DEA and other law enforcement officials have seized more than 14 million fake pills, typically laced with fentanyl or methamphetamine, Milgram added.

The Biden White House did not mention China’s outsized role in fentanyl trafficking in a statement Wednesday on new CDC data, the New York Post reported. President Donald Trump had repeatedly slammed Chinese involvement in the fentanyl crisis while in office and made the issue a key component of trade negotiations.

The jarring spike in overdose deaths also notably came amid months-long lockdowns and other COVID restrictions associated with dramatic surges in substance abuse and mental health deterioration among U.S. adults of all age groups. Various studies have shown that lockdowns did not have a significant impact on the spread of coronavirus.

“We will be counting the catastrophic health and psychological harms, imposed on nearly every poor person on the face of the earth, for a generation,” Stanford University professor Dr. Jay Bhattacharya has said about social isolation measures imposed during COVID-19, calling them “biggest public health mistake we’ve ever made.”

The rise in drug deaths particularly impacted Appalachia, the South, and the West Coast. California, Mississippi, Kentucky, and Louisiana all saw around a 50 percent increase in fatal overdoses, and Oregon, Kansas, Alaska, and South Carolina each recorded a 45 percent spike.

The record-breaking surge in overdose deaths accompanied the largest single jump in the U.S. murder rate in at least 100 years in 2020, LifeSiteNews reported in October.