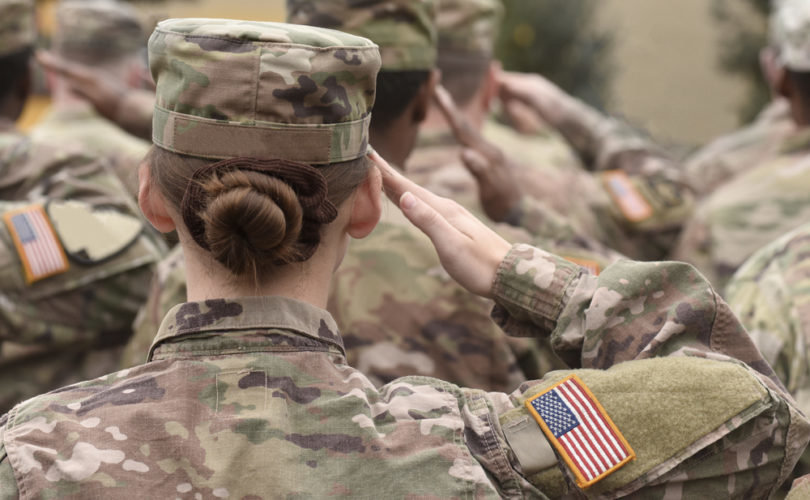 May 18, 2021 (LifeSiteNews) — More than one hundred retired generals and admirals have signed an open letter speaking out against the “deep peril” they believe the Biden administration represents to the United States and its constitutional system.

The group calls themselves Flag Officers 4 America, “retired military leaders who pledged to support and defend the Constitution of the United States against all enemies, foreign and domestic.” Their letter was originally released with 124 signatures, but their website now boasts more than 150 signatories.

“Without fair and honest elections that accurately reflect the ‘will of the people’ our Constitutional Republic is lost,” they warn, calling efforts to tar as racist basic measures such as photo identification a “tyrannical intimidation tactic,” lamenting the FBI and Supreme Court’s failure to “act swiftly when election irregularities are surfaced” in 2020, and warning that Democrats’ so-called “For the People” election bill “would destroy election fairness and allow Democrats to forever remain in power violating our Constitution and ending our Representative Republic.”

The letter goes on to assail the Biden administration for a “full-blown assault on our Constitutional rights in a dictatorial manner, bypassing the Congress, with more than 50 Executive Orders quickly signed,” as well as “population control actions such as excessive lockdowns, school and business closures, and most alarming, censorship of written and verbal expression are all direct assaults on our fundamental Rights.”

Other dangers identified by the letter include “open borders [which] jeopardize national security by increasing human trafficking, drug cartels, terrorists entry, health/CV19 dangers, and humanitarian crises”; “cooperative relations with the Chinese Communist Party [which] emboldens them to continue progress toward world domination”; internet giants’ control over “the free flow of information”; the “corrosive infusion of Political Correctness into our military which damages morale and war fighting cohesion”; and the “mental and physical condition of the Commander in Chief,” President Joe Biden.

“Under a Democrat Congress and the Current Administration, our Country has taken a hard left turn toward Socialism and a Marxist form of tyrannical government which must be countered now by electing congressional and presidential candidates who will always act to defend our Constitutional Republic,” the letter concludes. “The survival of our Nation and its cherished freedoms, liberty, and historic values are at Stake.”

The mainstream media has a history of promoting joint letters from defense officials when they serve left-wing narratives, but the Flag Officers 4 America received a different reception. Politico’s report by Bryan Bender, for instance, claimed the group’s letter was “spreading the lie that President Joe Biden stole the election,” when in fact such a claim does not appear anywhere in the letter.