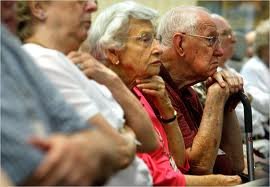 May 29, 2020 (LifeSiteNews) – As policymakers and healthcare workers continue to manage the COVID-19 crisis, one of the biggest questions to emerge is how many lives could have been saved had society focused on isolating the elderly instead of pursuing a comprehensive lockdown strategy that actually exacerbated the spread among the most vulnerable Americans.

As of May 28, the United States is estimated to have seen more than 1.7 million COVID-19 cases, with more than 102,000 deaths and 494,000 recoveries. An estimated 42 percent of those deaths have come from nursing homes, according to analysis from the Foundation for Research on Equal Opportunity.

“2.1 million Americans, representing 0.62 percent of the U.S. population, reside in nursing homes and assisted living facilities,” explained health policy analyst Avik Roy. “Among states reporting their death totals, 42 percent of COVID deaths have taken place in long-term care facilities; we estimate the share as 43 percent for the full U.S. population, based on incorporating the demographics of the non-reporting states.”

Updated at @FREOPP: Our maps and spreadsheet of #COVID19 nursing home & assisted living facility fatalities now include data from AK, WY, UT, KS. Still remarkable: 42% of all U.S. #coronavirus fatalities are occurring in 0.6% of the population. https://t.co/a9HUGgBl0m pic.twitter.com/hBRAtU4Kvv

Further, Roy noted, the true answer could be even higher, as states such as New York “exclude from their nursing home death tallies those who die in a hospital, even if they were originally infected in an assisted living facility.”

New York, the state hardest hit by COVID-19 at more than 29,000 deaths, has been under fire for weeks over Democrat Gov. Andrew Cuomo’s decision to force nursing homes to admit patients diagnosed with the virus, despite the fact that it primarily targets the elderly.

By contrast, Florida Republican Gov. Ron DeSantis let nursing homes refuse to admit COVID-19 patients, sending them to hospitals instead. “As a result, the death toll in nursing homes in a state with a bigger and elderly population was estimated this week to be approximately 875 — a lot less than the approximately 5,000 estimated deaths in New York nursing homes by the middle of May,” Jonathan Tobin observed in Newsweek.

Despite the mounting evidence that nursing home transmission is the largest single driver of COVID-19’s spread and death toll, not every state has taken action to course-correct. In Minnesota, for instance, some nursing homes are still forcing non-COVID residents to share rooms with people who have contracted the virus.

Instead of targeted policies to secure vulnerable populations, most states responded to the outbreak by imposing strict limits on “non-essential” activity, including delays of non-urgent medical procedures. As a result, hundreds of thousands of jobs have been lost, with more than 33 million Americans filing for unemployment and studies predicting that tens of thousands of small businesses that have closed down will never reopen.

Defenders of the lockdown strategy have insisted this was a necessary sacrifice to save lives, although mounting evidence suggests that the response to COVID-19 carries public-health consequences of its own. This week, 500 doctors wrote the Trump administration warning that it is “impossible to overstate the short, medium, and long-term harm to people’s health with a continued shutdown,” and that “millions of casualties … will be hiding in plain sight, but they will be called alcoholism, homelessness, suicide, heart attack, stroke, or kidney failure.”