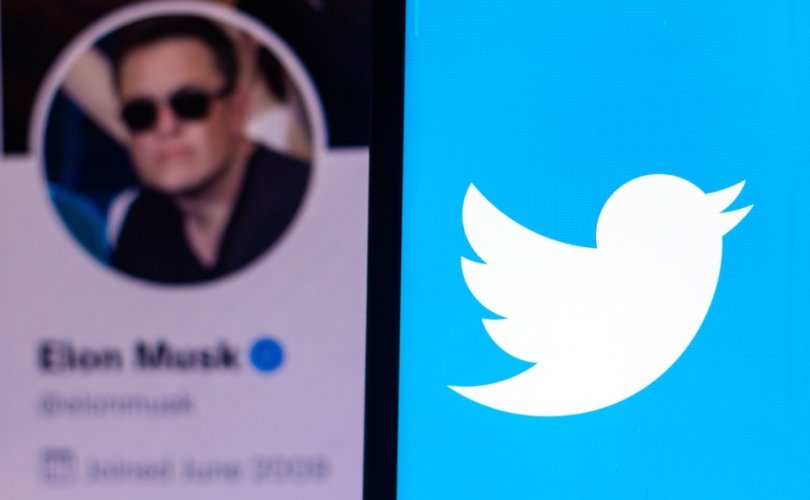 (LifeSiteNews) – New Twitter CEO Elon Musk published a sample of private communications over the weekend that he says indicates the old Twitter board and its attorneys deliberately hid evidence as to the company’s actual user base, in which could be the first of many eye-opening revelations to flow from Musk’s takeover of the social network.

Musk published a May 2022 text from Twitter Safety and Integrity chief Yoel Roth suggesting that the Objectives & Key Results from an employee named Amir “are entirely based on fraudulent metrics and he doesn’t care and may actively be trying to hide the ball […] Literally doing what Elon is accusing us of doing.”

Wachtell & Twitter board deliberately hid this evidence from the court. Stay tuned, more to come … pic.twitter.com/CifaNvtRtt

We’ve all made some questionable tweets, me more than most, but I want to be clear that I support Yoel. My sense is that he has high integrity, and we are all entitled to our political beliefs.

The deal eventually went through, with Musk swiftly firing top executives including now former-CEO Parag Agrawal, chief financial officer Ned Segal, and legal policy & Trust and Safety chief Vijaya Gadde, all of whom were involved in the company’s discrimination against conservative users. On Monday, Musk dissolved the company’s nine-member board of directors.

Musk suggested that the Roth text was evidence that Twitter’s law firm, Wachtell, Lipton, Rosen & Katz, “deliberately hid” from the court, and that more revelations would come.

Among Musk’s reported plans to reform Twitter are a more neutral and hands-off approach to user speech, a crackdown on spam and bot accounts, and making its algorithm public in the interest of transparency, all of which threatens the left-slanted content moderation policies for which the social network has become so controversial.

Conservatives hope Musk will continue to publish previously-hidden internal communications that shed light on a wide range of questions, including censorship decisions and coordination with the federal government.