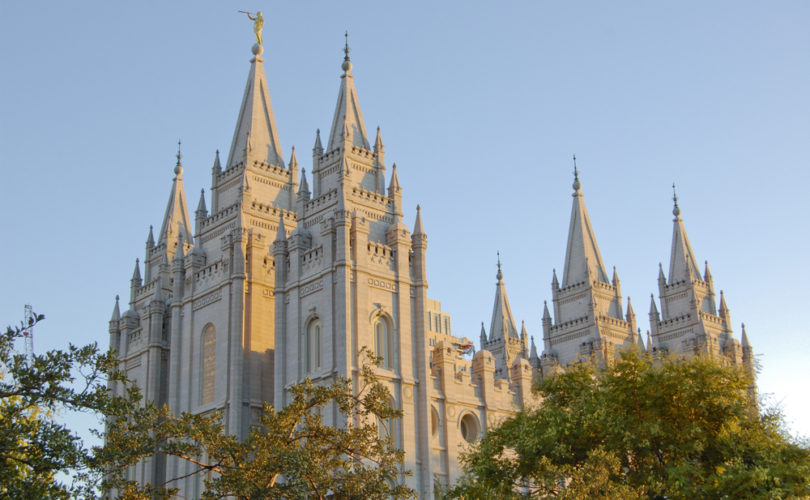 SALT LAKE CITY, Utah, May 9, 2018 (LifeSiteNews) – The Mormon Church has announced that it will end all association with the Boy Scouts of America (BSA) and other worldwide Scouting programs, a week after the BSA announced it would cut “boy” from the name because it now accepts girls.

“Effective on December 31, 2019, the Church will conclude its relationship as a chartered organization with all Scouting programs around the world,” the Church of Jesus Christ of Latter-Day Saints (LDS) announced on May 8.

Instead, next year it plans to launch its own youth programs to “help all girls and boys, young women and young men discover their eternal identity, build character and resilience, develop life skills, and fulfill their divine roles as daughters and sons of God.”

Last week, the Boy Scouts of America announced that their main scouting program would be renamed simply “Scouts BSA” and accept girls, as will its Cub Scouts program for children aged nine and younger. Scout troops will reportedly continue to be separated by sex, but the move has received widespread criticism for continuing the trend of erasing gender distinctions in the name of “inclusion.”

The Mormon announcement does not mention the BSA’s latest policy change, and in fact “honor[s] Scouting organizations for their continued goal to develop character and instill values in youth.” It also calls on Mormons to continue supporting the BSA’s programs for boys aged 8-13 until December 31.

Nevertheless, creating their own scouting equivalent will allow them to define and apply those values independent of the BSA’s changing views.

The Mormon church has criticized the BSA for similar compromises in the past. In 2015, it announced it was “deeply troubled” by the “admission of openly gay leaders,” and said the change meant its “century-long association with Scouting will need to be examined.” Two years later, it withdrew from the BSA’s Varsity and Venture programs for boys aged 14-18.

The BSA convinced the church to stay with assurances that it could still choose troop leaders aligned with its values, but religious conservative leaders said it should have pulled out entirely.

“The BSA is in league with the devil, ever since they equivocated on their godly moral values,” Stephen Graham of the Utah-based Standard of Liberty told LifeSiteNews at the time, “and so why would you ever want to associate with them anymore?”

The BSA’s acceptance of openly-homosexual troop leaders followed its 2013 decision to allow openly-homosexual boys to join, despite previously maintaining that “homosexual conduct is inconsistent with the obligations in the Scout Oath and Scout Law to be morally straight and clean in thought, word, and deed.” Last year, it began accepting transgender members, for the stated purpose of conforming with laws and social norms “interpreting gender identity differently” than biological sex.

For years, feminists and pro-homosexual activists have pressured the Boy Scouts to accept female and LGBT members, and the BSA’s acquiescence appears to be due to a combination of that pressure and declining membership and revenue. The Mormon Church has faced similar pressure for refusing to embrace same-sex “marriage.”

The LDS Church plans to provide updates on its New Children and Youth Development Initiative at this webpage. Several Christian organizations, such as American Heritage Girls and Trail Life USA, have also risen in the past several years to offer more traditional alternatives to the BSA and the Girl Scouts, the latter of which has embraced the pro-abortion cause in several ways.