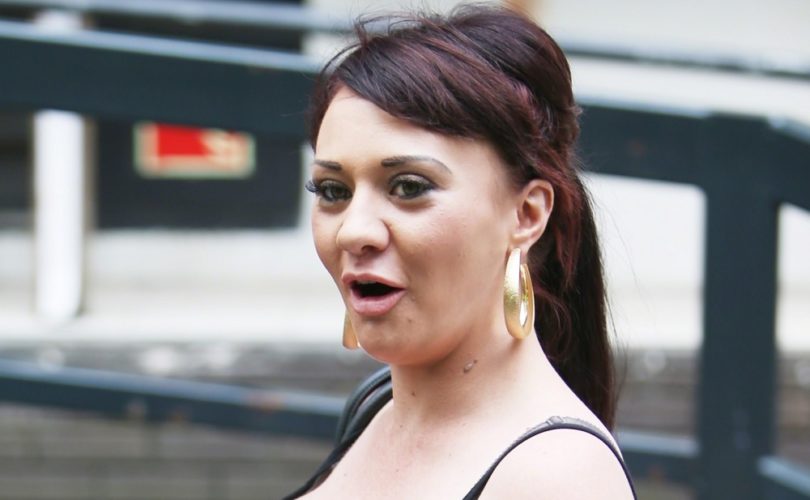 Dubbed “the most hated woman in Britain” over similarly unsavory actions in the past, Cunningham has reportedly persuaded public housing authorities to move her to a bigger house to get some protection from the public hostility her self-publicized decision has attracted.

Cunningham framed her defense firmly within the “choice” cause, with comments such as “my body, my decision” and “Pleased I spoke out about my decision. If abortion is openly available as a form of contraception then it should be talked about more xxxx.” Nonetheless, Britain's pro-abortion organizations did not leap to her defense, nor did they respond to opportunities to do so offered by LifeSiteNews.

It was only two weeks ago that Cunningham's agent revealed her pregnancy by her new boyfriend on the same morning she won acquittal on a charge arising from tweeting a nude photo of her previous boyfriend, Andrew Goy, to 108,000 Twitter followers.

Tweeted her agent: “Josie is expecting her first child by her new fiancé. She's delighted.”

That was then, and this is now. On September 27, she unleashed a social media backlash when she told Sunday People she had secured an abortion after being advised by cosmetic surgeons they couldn't enhance her nose to increase her marketability in the pornography business while she was pregnant.

She told People: “I'm having this nose job no matter what gets in my way…Pregnancy was a major obstacle and an abortion was the answer to it – so that's what I did.

“Anyone who criticizes me for putting my looks ahead of an unborn child has no right until they're the ones putting food on the table for my kids,” she added. “I don't care what anyone thinks. My body. My decision.” Only 25, she claimed she had “put my life on hold” for her three other children, and now was ready to put her career first.

Last year she sparked a similar social media storm when she almost aborted her third child because her pregnancy conflicted with a chance to go on Big Brother, a celebrity reality TV show. Relenting, she bore Grace, and posed beatifically with her for the tabloids (after trying to sell tickets to the birth). But she first gained the attention of British news media when she got the National Health System to pay for breast and lip enhancement, to the tune of 4,800 pounds sterling.

Never at a loss for words, she acknowledged that aborting her new fiancé's child was unfortunate. “I am sad. But I'd have been more sad if I couldn't carry out my plans. Next year I'll be posing for glamour shots instead of nine months pregnant lying on the sofa with fat ankles.”

LifeSiteNews asked Abortion Rights and Pro Choice Majority for comment but has received no response.

Anthony Ozimic, media manager of the Society for the Protection of Unborn Children (SPUC), was willing to comment. “Josie Cunningham is more than simply a case of a particularly shameless individual. The ease with which abortion may be obtained in Britain is matched with a growing trend of coarseness in British culture. Thankfully many members of the public seem to be repulsed by the idea that vanity and gross ambition are good reasons for a mother to kill her child. Hopefully this reaction will serve to move more members of the public to oppose abortion in all circumstances.”

Josie Cunningham's self-serving justification for aborting her newest child jives with survey results such as a 2004 study by the pro-abortion Alan Guttmacher Institute. As explained in an article by Gudrun Schultz on the actionlife.org website, “[a]lmost all abortions take place because a child would be inconvenient, too expensive, or too difficult to cope with … neither health problems, rape, incest, nor coercion by family members or partners were the primary or even secondary reasons for seeking an abortion.”

The same study revealed that abortion was preferred over adoption because the latter was seen as “immoral.”

‘I lay in bed and sobbed’: British model changed mind about abortion after feeling her baby kick, seeing graphic images

Women have abortions because they feel trapped and hopeless, study finds