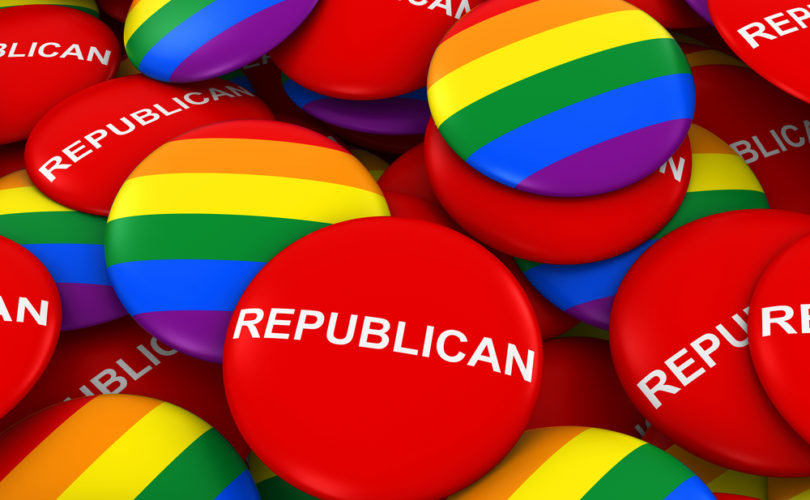 WASHINGTON, June 11, 2020 (LifeSiteNews) — Republicans’ support for same-sex “marriage” has climbed to a record high, with those favoring it outnumbering those who don’t. At the same time, the number of Americans in a “marriage” to someone of the same sex has declined since 2017.

Polling giant Gallup reports that a whopping 55% of Republicans now condone “marriage” between same-sex spouses, as do 83% of Democrats and 73% of Independents. Overall, 70% of Americans support “marriages” between gays and lesbians.

There’s a great irony in the fact that other Gallup polling shows that there has been a steady decrease in interest in homosexual “marriages” among gays and lesbians since 2017, two years after the U.S. Supreme Court legalized same-sex “marriage” across the land.

Sadly, this reported increase of support for homosexual “marriage” comes at a critical time as a battle rages for the soul of the newly emerging conservative political coalition within the GOP.

Here’s what’s at stake: Will conservatives assert the immutable nature of human beings as male and female, or will that which is known by science and clearly visible in nature be tossed into the dumpster of history in favor of misguided political opportunism? Will the GOP continue to recognize the supreme importance of complementarity?

Same-sex marriage is not common, even among LGBT adults

The bottom line, as Gallup puts it: “Same-sex marriages are not common in the U.S., or even very common among LGBT adults.”

America’s perception of the LGBT population is way off

Perhaps one of the major reasons that support for same-sex “marriage” continues to grow in the U.S. is the wild misperception of most Americans concerning the size of the homosexual population.

A 2019 Gallup poll showed that U.S. adults, on average, believe that about one quarter of the population is gay or lesbian, more than five times the actual number.

Overall, a whopping 90% believe in an inflated number, with 54% of Americans estimating that gays and lesbians constitute more than 20% of the population, according to a June 17, 2019, Gallup poll. Thirty-five percent believe that more than a quarter of the nation is gay or lesbian.

Only 8% of those polled came close to accurately estimating the LGBT population.

In reality, gay and lesbian individuals constitute less than 4.5% of the U.S. population. Less than 1 out of 20 Americans identifies as gay or lesbian, not 1 out of every 4.