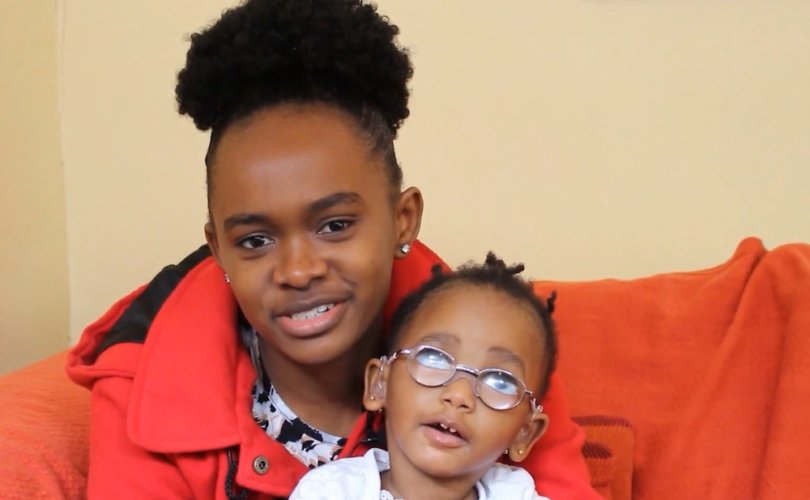 The Good Counsel Network has been under attack for the past 19 months from pro-abortion group Sister Supporter and MP Rupa Huq. Sister Supporter and Huq accuse the pro-life witnesses of harassing women outside the Marie Stopes (Ealing) clinic. However, women who wanted an alternative to abortion and thought they had no choice but to abort tell another story.

In the video, “Anna,” a foreign student, describes how she was frightened when she found out that she was pregnant. She felt under pressure to abort. Everyone she talked to about the pregnancy told her that aborting the baby would be the best decision for her. She told her GP that she would keep the baby, but she wasn’t sure how she could afford it. In despair, she found the Marie Stopes clinic on Google. But someone was waiting for her when she got there.

“The lady walked towards me and said, ‘Are you going for the abortion? I can help you if you don’t want to do it.’ And I said ‘What? You can help me?’ And then it took me a second to say, “OK! I’ll go with you.”

“I feel like they were people sent from heaven to help me and the baby,” Anna said.

Another woman, known simply as Kate, sent a letter to MP Fiona Bruce describing how a counselor from the Good Counsel Network gave her the courage to escape from an unwanted abortion at the Marie Stopes (Ealing) clinic. Escaping from the people who were pressuring her to have the procedure by jumping out a window, Kate sought out the counselor.

“I talked to the woman on the gate again, who offered any support I needed to keep my baby, and this gave me the confidence to leave where I was, supported by the group that this woman worked with,” she wrote. “I had my baby who is now 3 1/2 years old. She’s an amazing, perfect little girl and the love of my life.”

Kate’s letter was read in a Parliamentary debate by MP Sir Edward Leigh on November 7 as a testimonial to the real help pro-life counselors have given pregnant women outside the abortion business in Ealing. The debate, sponsored by Huq,concerned the imposition of “buffer zones” around abortion businesses to silence pro-life witness.

In her letter, Kate testified strongly against a buffer zone, saying it  “is a really bad idea because women like me, what would they do then?”

“You know, not every woman that walks into those clinics actually wants to go through with the termination,” she continued. “There’s immense pressure, maybe they don’t have financial means to support themselves or their baby, or they feel like there’s no alternatives. These (pro-life) people offer alternatives.”

Answering false claims by people who say pro-lifers lose interest in babies once they are born, the Good Counsel Network has recently published a letter from a woman named Joaquina. She thanked the charity for helping her and her three children for two years.

“From the very first day I walked through the doors of your office, you received me with warmth and I felt very accepted and welcomed,” she wrote. “Since then, any support I needed from financial to legal advice, clothing, you tirelessly offered me.”

Joaquina had fallen through the holes in the UK’s social security net.

“While other organizations couldn’t support me and my kids because I had no status and no recourse to public funds, you picked me up and gave us the support we need,” she continued. “To some £30 a week is not a lot, but to me and my family, it meant everything.”

The mother was particularly moved when she received a response to an phone text requesting more financial help after 10 o’clock at night. She told Clare of the Good Counsel Network that her “selflessness and humility has taught me how to serve other people who are in need when my opportunity comes.”