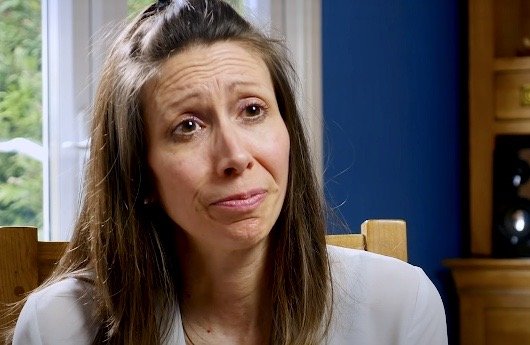 BRISTOL, England, September 24, 2020 (LifeSiteNews) — A mother of two is fighting back after being fired for voicing on social media her opposition to a sex education program for primary school students.

Kristie Higgs, 44, was dismissed in 2019 for “gross misconduct” from the rural state-funded high school where she served as a pastoral administrator because she wrote two Facebook posts criticizing England’s adoption of a mandatory “sex and relationships education” containing LGBT ideology.

In response, Higgs has taken her former employer, Farmor’s School in Fairfax, Gloucestershire, to an employment tribunal. She has accused the institution of discrimination and harrassment on the grounds of her Christian beliefs. The hearing, which is taking place in the Bristol Civil and Family Justice Centre, began Monday. It is expected to last five days.

The story began in October 2018 when Higgs was particularly concerned about the now infamous pro-LGBT “No Outsiders” sex education program because it was going to be implemented at her son’s Church of England primary school.

“Please read this! They are brainwashing our children,” she wrote in an October 24 Facebook post under her maiden name.

“(…) Children will be taught that all relationships are equally valid and ‘normal,’ so that same sex marriage (sic) is exactly the same as traditional marriage, and that gender is a matter of choice, not biology, so that it’s up to them what sex they are.”

Higgs was also concerned that the sex education program would outlaw the profession of Christian beliefs about biological sex and marriage “because they conflict with the new morality and are seen as indoctrination into religious bigotry.”

“We say again, this is a vicious form of totalitarianism aimed at suppressing Christianity and removing it from the public area,” she wrote.

She encouraged her Facebook friends to sign a CitizenGO petition to England’s Secretary of State for Education asking that the right of parents to have their children educated in accordance with their religious beliefs be upheld.

Higgs’ other post described how children’s books were being used to promote transgenderism in the United States.

One of her Facebook friends wasn’t very friendly. He or she sent Farmor’s School photos of Higgs’ posts and an anonymous message informing them  that “a member of your staff who works directly with children has been posting homophobic and prejudiced views against the lgbt community on Facebook.” After a meeting with the school’s head teacher (i.e. principal), Higgs was first suspended and then later fired.

Higgs was devastated. Not only had she worked for the school for seven years, with no complaints, but her elder son was a student there, and she and her husband had been students there themselves.

Higgs told the Bristol Employment Tribunal that being suspended left her shaking and her family shocked.

“I rang my dad and then rang my husband,” she said.

“Both of them were in shock. My boys were also in shock to know I was not going back to work,” she said.

Higgs is being represented at the Tribunal by the Christian Legal Centre. The organization’s Andrea Williams has called her case “one of the most disturbing that we’ve dealt with.”

“Kristie wanted to highlight to her friends what is happening in schools – much as you might in a discussion over a meal with friends at home, or in a private conversation at the school gate,” Williams wrote in an appeal for support.

“The next week, back at the secondary school where she worked, Kristie was called to a meeting. She was told that someone had complained about her Facebook posts – even though those posts could only be seen by her Facebook friends.”

Higgs’ case against the school may be strengthened by the actions taken by her employers upon receiving the complaint.

According to Christian Concern, Farmor’s School principal Matthew Evans responded to the anonymous source by asking for more “offensive posts.” Then, when the school began an “investigation” into Higgs’ “conduct,” she was asked why  “she had used her school email to receive ‘inspirational’ quotations from the Bible.”

At a disciplinary hearing, which took place shortly before Christmas, Higgs was grilled for six hours.

“For six hours until 8pm, Mrs Higgs was subjected to intimidating questioning by the panel of three governors, supported by three other members of staff. Her posts were compared to ‘pro-Nazi’ views, and she was accused of intolerance,” Christian Concern stated in a press release

“When she tried to explain the context of her Christian beliefs, she was told: ‘keep your religion out of it.’ Mrs Higgs argued that her aim had been merely to raise awareness among parents of the government’s education plans and the transgender books being taught in primary schools,” Christan Concern continued.

“The academy concluded, however, that Mrs. Higgs would be dismissed for ‘illegal discrimination’, ‘serious inappropriate use of social media,’ and ‘online comments that could bring the school into disrepute and damage the reputation of the school.’”

The school admitted, however, that Higgs herself had not discriminated against anyone and there was no evidence that her posts had hurt its reputation.

Yesterday, Rod Dreher of American Conservative magazine suggested that what happened to Higgs shows “what it means to live in a post-Christian society.”

“Somebody wanted her punished so badly that they reported what was said on her private Facebook page, under her maiden name, to her employer, a state school, which sacked her merely for stating her opinion as a Christian,” he wrote.