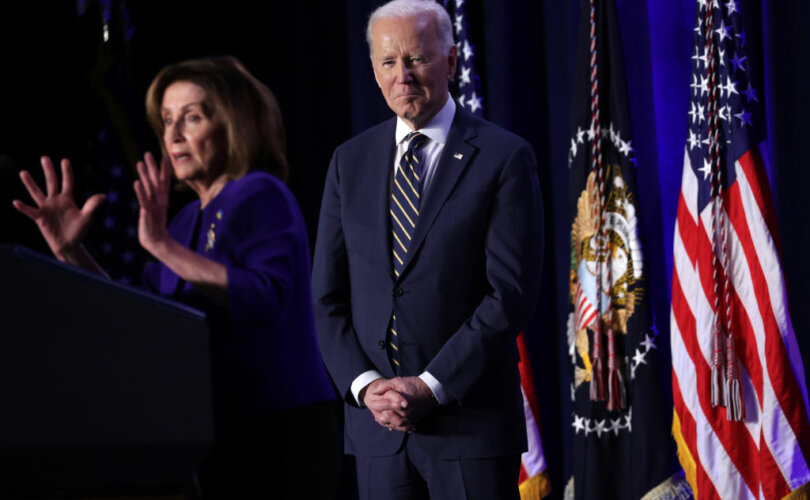 (LifeSiteNews) — Mother Miriam slammed the Democratic Party for its “utter abandonment of God” and told Catholics not to vote for Democratic politicians due to the party’s avowed support of abortion, LGBT ideology, and other threats to life, family, and parents’ rights.

“In the past, there was a time when Catholics could be Democrat,” she noted. “But no more. They are the party of death without any question.”

“If you’re still a Democrat, you are in the party of death, of utter evil, of utter destruction of the family, with utter abandonment of God,” she declared.

The Benedictine nun and popular Catholic apologist emphasized Catholics’ obligation to vote in the midterm elections on Tuesday and urged them not to cast their ballot for anyone affiliated with the Democratic Party:

Voting is coming up. Midterms are coming up. If you vote for one Democratic individual, you are turning from God and you are increasing the evil in this world. No one who walks with God would be part of the Democratic Party. They are tremendously evil. They are evil. They are out to destroy the population of this country and the world.

Mother Miriam added that no one can rightfully call themself Catholic while supporting Democrats.

“You must go to the polls. You must prevent one more Democrat from being in any office whatsoever,” she said. “You must prevent it, and if you don’t, and you call yourself Catholic, you are deceived.”

“You cannot be Catholic and vote Democrat. You cannot,” she continued, invoking Fr. James Altman’s viral denunciation of the Democratic Party in 2020.

READ: Will Democrats destroy America with these ultra-radical policies if they win the midterms?

As Mother Miriam suggested, Democrats are in lockstep support for grave evils, including homosexuality, abortion, transgender ideology, and attacks on religious liberty and conscience rights.

All 270 Democrats in Congress back same-sex “marriage” and have endorsed legislation to codify the redefinition of marriage into federal law. Only two of them, Sen. Joe Manchin (WV) and Rep. Henry Cuellar (TX-28), oppose Democrats’ signature abortion bill, the Women’s Health Protection Act (WHPA), which would legalize abortion up to birth nationwide and nullify hundreds of pro-life laws.

Even Manchin and Cuellar have called for or voted in favor of legislation that would create a federal “right” to abortion. And every congressional Democrat other than Manchin supports the radical, pro-LGBT Equality Act, which, among other things, would require doctors to commit abortions and “gender transition” surgeries despite conscience objections.

The White House has strongly endorsed both the WHPA and the Equality Act, and Joe Biden has pledged that the “first bill” that he’ll send to Congress if Democrats make enough gains in the midterms “will be to codify Roe v. Wade.”

Over the past two years, Democrats’ radical legislative priorities have stalled in the evenly-split Senate due to opposition from Manchin, and because both he and Sen. Kyrsten Sinema (D-AZ) have refused to join the rest of the Democratic senators in abolishing the Senate’s 60-vote filibuster threshold.

But if Democrats flip just two Senate seats on Tuesday and hold onto their narrow majority in the House, they’ll finally have the votes to abolish the filibuster and pass their far-left agenda into law. For tens of thousands of unborn babies protected by state-level abortion bans after the reversal of Roe v. Wade, that could mean imminent death.

READ: Millions of unborn babies will face death if Democrats win the midterms

Meanwhile, high-stakes elections tomorrow will decide whether Republican governors and lawmakers in several states, including Florida, Michigan, Pennsylvania and North Carolina, will be able to enact and enforce legal protections for hundreds of thousands of additional babies.

Mother Miriam also pointed to a growing push among Democrats to strip parents of their custody rights for refusing to go along with their children’s “gender transitions,” pointing to a recently passed bill in California.

“This is the pit of evil, the utter pit of evil,” she said, adding that “Satan’s behind it.”