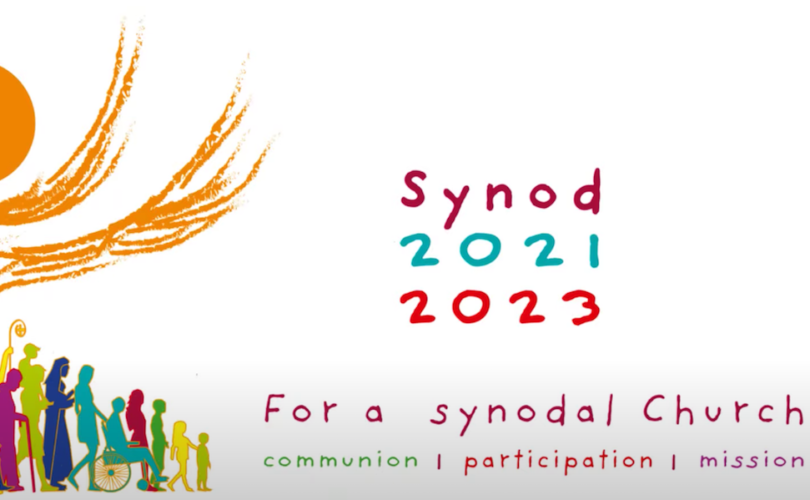 (LifeSiteNews) – Mother Miriam warned the faithful about the worldwide Synod on Synodality in a recent episode of LifeSite’s “Mother Miriam Live!” saying that the Vatican may seek to use the program to overhaul the Church in ways contrary to the faith.

The longtime Catholic apologist and Benedictine nun added that she will not participate in the Synod, describing it as a “sham” and a “plot” and linking it to a broader push for global control.

The Synod on Synodality, launched by Pope Francis last year, is currently in the diocesan phase, requiring bishops to hold “listening sessions” to gather opinions of Catholics and non-Catholics alike and discern “how God is calling us to be as the Church in the third millennium,” according to the Synod vademecum or handbook. Local responses will then be “synthesized” by the Vatican as the basis of working documents for the Assembly of the Synod of Bishops in October 2023.

The initiative has repeatedly been embroiled in controversy, including over dissident affirmations of homosexuality and suggestions of female ordination by Synod leaders.

“I don’t believe that those handling the Synod could care what anybody says in a listening session or what their feedback is,” Mother Miriam said. “They already have their plan.”

“They’re doing this to make us feel that we are part of it and that what they’re doing is the majority opinion, even if it’s not ours. It’s absolutely false,” she continued. “It’s completely deceptive. Our opinion, our listening has nothing to do with their plans. We’re pawns in their program, and they could care less.”

Mother Miriam noted that she wasn’t speaking of individual bishops or dioceses, but of “those at the Vatican who have perpetrated this.”

“So, I would not or be a part of a listening session,” she recommended, “and if you do, don’t be deceived that what you think or anyone or anyone else thinks is going to have any bearing on the corruption being spread on us throughout the world.”

READ: Bishop Schneider on Synod: Church should not focus on ‘conducting opinion polls’

She also predicted that the Vatican would use the Synod to attempt radical changes unsupported by faithful Catholics and point to the listening sessions as justification.

“I don’t believe that their listening sessions or our responses to them are going to have anything to do with what the Church, the Vatican, is going to put on us. Absolutely not. I think it’s a ploy to make us think that this was the response of Catholics, and it is not,” she said.

Heterodox Cardinal Mario Grech, the Secretary General of the Synod of Bishops and an outspoken backer of the LGBT movement, has hinted at as much, saying that the Synod on Synodality will help to “find truth” and inform possible doctrinal changes by Pope Francis. His under-secretary, Sr. Nathalie Becquart, has asserted that the Pope intends to “disconnect participation in the leadership of the Church from ordination” and “get rid of a clerical church” through the initiative.

And Cardinal Jean-Claude Hollerich, relator general of the Synod, recently claimed that the Church’s millennia-old condemnation of sodomy is now “false” because “the sociological-scientific foundation of this teaching is no longer correct” – comments that Australian Cardinal George Pell has called “explicit heresy.”

The official website for the Synod has also sparked outrage over numerous articles and resources that openly defy Catholic teaching. The site, managed by the General Secretariat for the Synod of Bishops, two weeks ago promoted stories of homosexual couples who adopted children and described one of the couples as having “a sexuality that gives life.”

The website additionally includes links to several dissident and even heretical “Catholic” groups, such as the Women’s Ordination Conference, the Association of U.S. Catholic Priests, and pro-LGBT News Ways Ministry.

The Secretariat initially removed a video of New Ways Ministry from the list of Synod resources, but apologized and reinstated it after Pope Francis endorsed the group, which the Vatican blacklisted under Pope St. John Paul II.