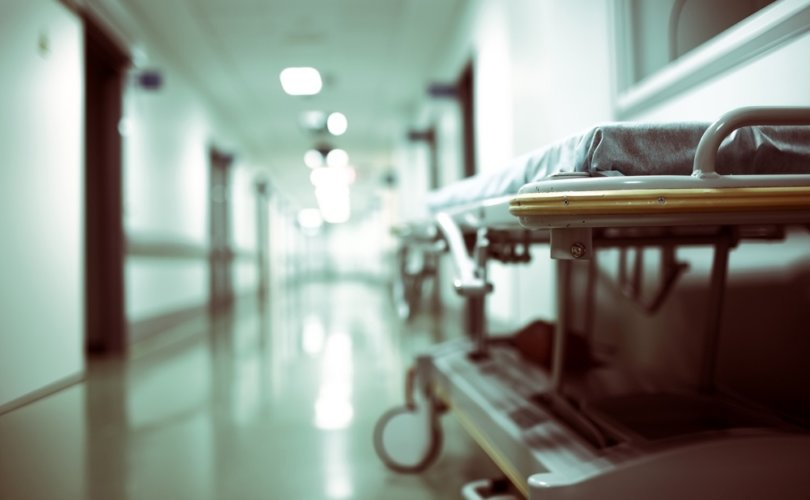 TUSCALOOSA, Alabama, August 11, 2020 (Operation Rescue) — When a woman was helped out of the West Alabama Women’s Center (WAWC) abortion facility in Tuscaloosa, Alabama, on May 7, 2020, pro-life activists on the scene suspected something had gone very wrong with an abortion.

Later, clinic workers informed a local pro-life activist that the unidentified woman had in fact died.

That launched efforts by a coalition of pro-life groups, including Operation Rescue, CEC for Life, Life Legal Defense Foundation, and other Alabama pro-life groups to learn more about this incident.

The pro-life groups discovered that the clinic never called 911 for help, even though witnesses said the woman looked unwell, struggled to walk, and needed the support of another person to make it the few feet from the facility to the parking lot and into a private vehicle.

Complaints were filed with the Alabama Department of Public Health, which oversees abortion facilities in Alabama, and the Board of Medical Examiners, which has jurisdiction over physicians.

The Alabama Department of Public Health responded that it will not investigate this woman’s death, claiming it is outside their jurisdiction since someone other than an ambulance crew drove her to the hospital where she died later that same day.

The abortionist at the time was Louis Payne, 81, who conveniently retired at the end of July. A medical board investigation is underway into his actions that may have contributed to the woman’s death, but because of Payne’s retirement, its outcome will have no effect on the abortion facility or its staff.

Payne was replaced just days ago by Utah abortionist Leah Torres, who was recently fired from a previous job after posting controversial remarks while trolling pro-life activists on Twitter.

The WAWC made headlines in May 2020, when the Yellowhammer Fund purchased it from long-time owner Gloria Gray.

The Yellowhammer Fund was a small organization founded in 2016, to provide financial assistance to women seeking abortions in Alabama. All that changed when the state passed the Alabama Human Life Protection Act last year, which would have essentially ended the vast majority of abortions had it not been blocked by a court order. Suddenly, those who favored abortions, including several celebrities, started donating to the Yellowhammer Fund, and through the use of social media, encouraged others to do so.

According to one news report, the fund went from having less than $5,000 in the bank to having over $2 million. Soon, Amanda Reyes, a LGBTQ activist and former abortion clinic escort who served as the fund’s founder and director, came under fire from Alabama abortion businesses and supporters who questioned the way the money was being spent.

Reyes, who had no experience running an abortion facility, took over administration of the WAWC — reportedly on the same day in May when one of their first patients died.

It has allowed the WAWC to continue operating under the old facility license issued during Gray’s ownership, in violation of Alabama Administrative Code Chapter 420-5-1, which requires the issuance of a new license upon change of ownership.

Fr. Terry Gensemer, director of CEC For Life, comments, “ADPH’s refusal to investigate this clinic is unconscionable. To our knowledge, this clinic has not been inspected in over a year; it has also recently changed ownership, hired a doctor with a questionable reputation, and a patient seen leaving their clinic died shortly after. According to its own regulations, and just plain decency and respect for a woman’s death, an inspection is the very least ADPH could do.”

Ellie Hermann, a registered nurse who often stands outside of WAWC to offer women life-affirming alternatives, reports, “One or two women per month are rushed from here to DCH Regional Medical, usually in passenger cars driven by employees of the clinic. Imagine just being dropped off at the curb in an unstable condition, possibly hemorrhaging or groggy from medication — how can the ADPH pretend that kind of care deserves a license?”

Ashley Wright, a representative for the Alabama chapters of Students for Life of America, comments, “The abortion industry targets millennials with an astounding 46 percent of abortions committed on college age women. SFLA, including the group at University of Alabama, works to make the safety of women a priority and to ensure that women can have their baby and get their education. SFLA is calling for a full investigation of West Alabama Women’s Center in Tuscaloosa, following the tragic loss of life reported.”

The woman that died underwent an autopsy. The autopsy report has been requested and is expected soon. That should answer more questions about the woman’s death just hours after leaving the WAWC on May 7.

“We have reported on abortion-related maternal deaths far too often. Each one represents an avoidable double tragedy — the loss of a mother and the loss of a baby. This has a ripple effect of grief on the family, friends, and community,” said Operation Rescue President Troy Newman. “Abortion is not safe, no matter what the Abortion Cartel says, and the state ignoring patient deaths only makes abortion businesses more dangerous, because they become emboldened with the understanding that there will never be consequences, even when a woman dies. Those attitudes are unacceptable and must change to prevent endangering human lives.”

Alabama State Senator Gerald Allen will join the pro-life coalition of state and national groups for a press conference on Saturday, August 15, 2020, at 9:00 a.m. outside the West Alabama Women’s Center to call for an immediate investigation into the woman’s death and the reportedly substandard clinic conditions that have existed since Reyes has assumed control of the abortion facility.

Operation Rescue will continue its own investigation and will report updates as they become available.