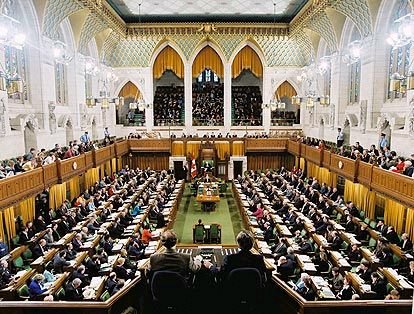 OTTAWA (LifeSiteNews) — A motion tabled by the Bloc Quebecois seeking unanimous consent to affirm a woman’s “free choice” to have an abortion failed today in the House of Commons.

Amid the political chaos resulting from America’s potential decision to ax its 1973 pro-abortion Roe v. Wade Supreme Court decision, the Bloc Quebecois, a party exclusive to Quebec that operates at the federal level, failed to pass a motion in the Canadian House of Commons seeking unanimous consent in affirming a woman’s right to murder her unborn child.

The failure of the motion has reportedly resulted from interim leader of the Conservative Party of Canada Candice Bergen telling her fellow party members to refrain from commenting on the issue of abortion during the political upheaval regarding Roe occurring south of the border.

Liberal Prime Minister Justin Trudeau, who has been notoriously pro-abortion during his political career, has not been silent on the issue, however, chiming in on the potential Roe reversal on Tuesday morning on social media.

“We’ll never back down from protecting and promoting women’s rights in Canada and around the world,” he added.

The Conservative Party’s decision to remain silent on the issue comes during a heated race for party leadership. Of the six candidates who have officially secured their place on the ballot, only one, Member of Parliament Dr. Leslyn Lewis, is pro-life.

Canada, which has among the most relaxed abortion laws in the world, lacking any legislation prohibiting the ghastly practice up until the moment of birth, even failed to pass a bill last year putting an end to “sex-selective” abortion.

As reported by LifeSiteNews, Joseph Bourgault and Grant Abraham were both disqualified from the CPC race with the Leadership Election Organizing Committee (LEOC) not yet giving a public explanation.

Both Bourgault and Abraham were given the “green light” by pro-life advocacy group Campaign Life Coalition as candidates who fit the criteria of “supportable” for those who hold pro-life convictions.