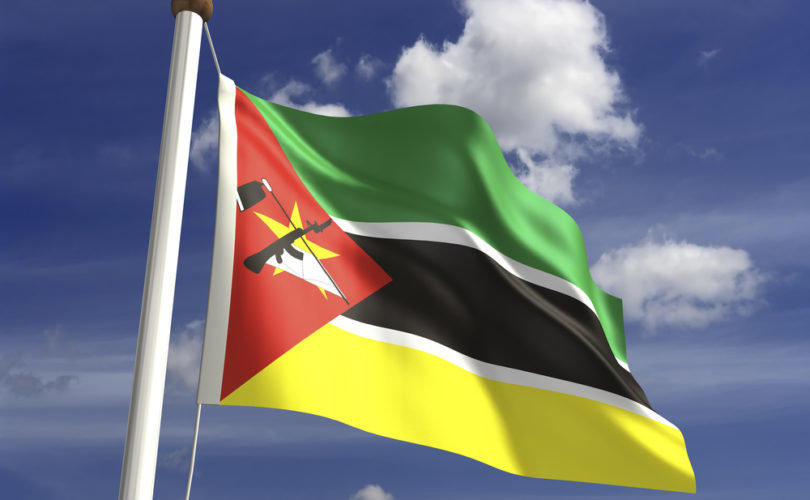 The revised code, which was announced last December by then president Armando Guebuza, also legalizes abortion-on-demand in the first 12 weeks of pregnancy, or up to 16 weeks in the case of rape.

The colonial-era penal code put in place by Portugal in 1886 held that anyone “who habitually engages in vices against nature” could be punished by up to 3 years of hard labor. However, no one has been prosecuted under the statute since Mozambique gained independence in 1975.

Lifting the ban is seen by activists as more of a symbolic victory rather than an acknowledgement that homosexual activity is acceptable to Mozambican society, with one such activist pointing out that foreign influence played a large part in the government's decision to change the law.

Homosexual activist Dercio Tsandzana told Agence France-Presse that while there was little pressure and even less public discussion promoting homosexual “rights” within the country, “the government instead abides by the external pressure put by some embassies and foreign donors.”

“Most Mozambicans don't deny homosexuality, but one can't say either that it is accepted,” Tsandzana said.

Homosexual acts are illegal, with varying degrees of sanction, in 40 out of 53 African countries, according to a survey by the International Gay and Lesbian Association.

Leaders of the Roman Catholic Church in the country, which counts about 30 percent of the population as Catholic, have long denounced the intrusion of foreign organizations that promote agendas against life and the family.

Ghanaian Bishop Joseph Osei-Bonsu, of the Konongo-Mampong diocese, told LifeSiteNews in October at the Extraordinary Synod on the Family in Rome that the West's pro-homosexual foreign aid policies are destroying his country's culture.

Bishop Osei-Bonsu said countries such as America and Britain will not give his country financial assistance unless it is willing to redefine marriage to include homosexuals.

“These countries want to give us aid, but on condition that we respect what they call ‘gay rights.’ In other words, we should make it possible for men to marry men,” he said. “That goes against our Ghanaian and African cultures.”

“There are certain common ingredients to success in the 21st century that have become self-evident,” VP Biden said in a speech August 5.  “The need for economic integration; a court system that adjudicates disputes fairly.  A commitment to invest in all of a society’s people and respect their rights, because countries that respect citizens’ equal rights no matter what their gender or religion, no matter who they love, tend to be the … most attractive to attracting international talent and international investment.”