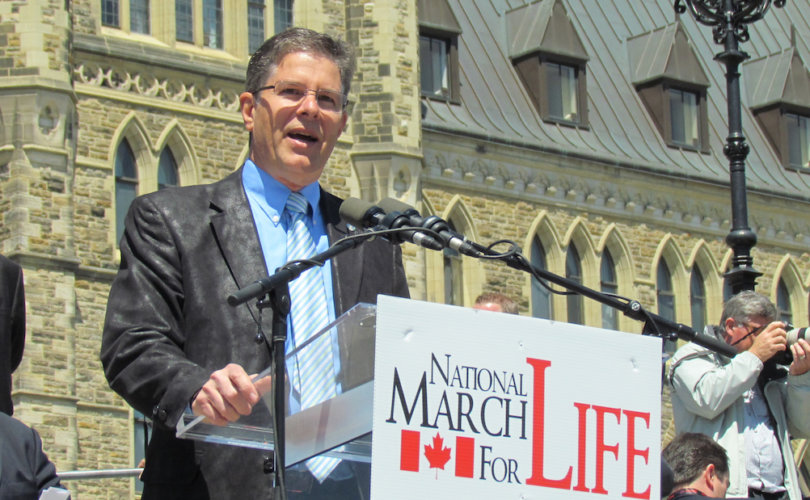 OTTAWA, May 9, 2016 (LifeSiteNews) – Pro-life Member of Parliament Mark Warawa tabled a bill Thursday in the House of Commons designed to protect doctors and other health workers from being intimidated into abetting or performing euthanasia.

Warawa, the sponsor of an earlier private member’s bill to stop sex-selection abortion, declared in a prepared statement that “Canadians across the country…are very concerned that physicians and health care professionals would be forced to participate in assisted suicide or euthanasia against their will.” As well, he cited a Canadian Medical Association survey indicating “approximately 70% of Canadian physicians do not want to participate, directly or indirectly, in assisted suicide and euthanasia.”

Larry Worthen, the executive director of the Christian Medical and Dental Society of Canada, told LifeSiteNews, “We applaud Mark Warawa for his concern about conscience protection.” The reason: the government’s Bill C-14 to amend the Criminal Code to regulate euthanasia and assisted suicide “contains absolutely nothing about conscience rights,” said Worthen.

Worthen appeared last week on the CMDSC’s behalf before the Commons committee examining Bill C-14, and is scheduled to appear this week before the Senate committee, pushing for an amendment putting conscience rights into Bill C-14 itself.

Warawa’s Bill C-268, “Protection of Freedom of Conscience Act, ” would make it a crime to “intimidate” a doctor, nurse, pharmacist or any other health worker into providing “directly or indirectly… medical assistance in dying.” It also makes it a crime to fire anyone or refuse to employ them because they refuse to directly or indirectly provide euthanasia or assisted suicide.

“This is very timely and urgent,” said Worthen. “We understand there are hospitals and health authorities that are working up policies to have ready next month that require their staff to participate in euthanasia.”

In June the current Criminal Code prohibition on euthanasia and assisted suicide disappears. It was struck down a year and a half ago by the Supreme Court of Canada in the Carter decision, but the court delayed when the decision would come into force till next month to give governments and professional bodies a chance to prepare regulations and laws.

Worthen notes that the Carter decision called for legislators to protect doctors whose consciences’ prevent them from performing euthanasia or assisting suicide. But it did not protect doctors who also object to referring patients seeking assistance in dying to other doctors. While referral to the layman means passing on information, to doctors it conveys also a recommendation for a medical action. A doctor refers a patient to a surgeon because he believes surgery is called for. Many doctors opposed to euthanasia feel they cannot refer.

But is Warawa’s approach the right one? Sean Murphy, Powell River, B.C.-based director of the Conscience Project, believes it is not, though he too is grateful for the MP’s “concern about attacks on freedom of conscience. … I wish all Members of Parliament had even half his interest in the subject.”

According to Murphy, Warawa seeks to regulate against job discrimination and the regulation of health workers, which fall under provincial jurisdiction. Murphy has proposed his own conscience clause which would keep the matter in federal jurisdiction by making it a crime to compel anyone to “be a party to a homicide.”

Warawa’s bill specifically criminalizes “violence or threats of violence,” which Murphy thinks are unlikely, but leaves out governmental or institutional coercion, which he thinks is far more likely. Murphy’s proposed amendment criminalizes “the exercise of authority” to get health worker to participate in euthanasia or assisted suicide.

The protection must be put into place quickly, warns Worthen. At stake “are the consciences and careers of many Canadian health professionals. This is urgent.”

Worthen asked supporters to register their views on the CMDSC’s CanadiansforConscience website. Mark Warawa is asking supporters to sign a freedom of conscience petition at markwarawa.com.