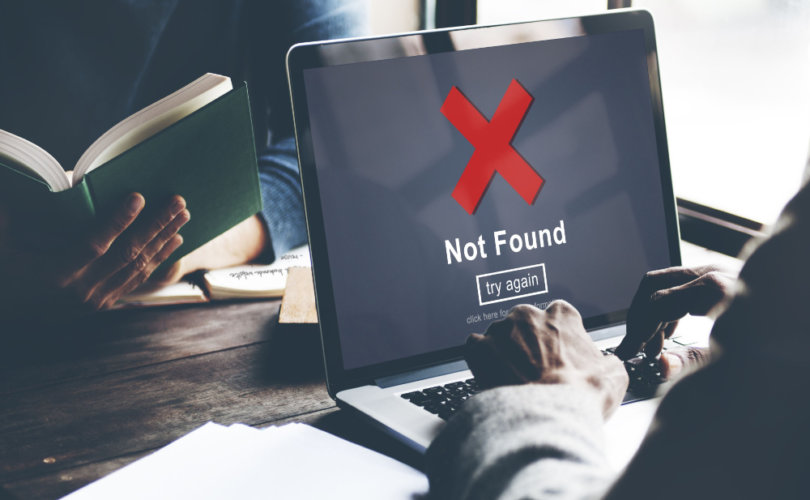 OTTAWA (LifeSiteNews) – Conservative Party MP and leadership candidate Dr. Leslyn Lewis promised that if elected party leader and then Prime Minister she will repeal any internet censorship legislation being pushed by the Liberal Party that becomes law.

“A Lewis-led government will repeal C-11 and any other measure the Liberals put in place to try to control our thought and speech, and let Canadians go back to exercising the freedoms that already exist in our Charter,” Lewis wrote in a platform update posted to her campaign page over the weekend.

“I will restore a culture of respect for our constitution, our charter, and our inalienable gift of freedom.”

In recent weeks and months, the federal government under Prime Minister Justin Trudeau has brought forth legislation that has raised serious concerns for their apparent attack on both freedoms on the internet and in the press.

Bill C-11 has been blasted by the CPC as legislation that will allow more government control of free speech through potential new draconian internet regulations.

Lewis said that Bill C-11 is the type of law that “happens when a government feels it can get away with anything, and where our elected officials feel that they are no longer responsible and accountable to the Canadian people.”

“The danger with Bill C-11 is that it gives the government the ability to use technology as a means of social control. It empowers government-controlled algorithms to decide what you can see, and which videos and sources are ‘legitimate.’ In this case, there is no government issuing you a proclamation or mandate and enforcing sanctions when you don’t comply, they can simply use technology to control and sensor what you are able to see online,” Lewis wrote.

Lewis added that C-11 is “dangerous in its own right,” but it is also a precedent for a government that wishes to “extend this form of technocratic control to other areas beyond online content.”

“It sets the foundation and the testing ground for artificial intelligence and algorithms to be used to control the masses,” Lewis noted.

“Bill C-11 is the first step in this direction of technocratic control, and we must stop it in its tracks.”

Dr. Michael Geist, a law professor at the University of Ottawa and Canada research chair in internet and E-commerce law, commented that Bill C-11 will allow the government’s broadcast regulator, the Canadian Radio-television and Telecommunication Commission (CRTC), a “virtually limitless reach” in what is deemed acceptable or not for programming.

Last week, Trudeau’s Liberal government voted to shut down debate on Bill C-11, which is currently going through the third reading in the House of Commons.

Bill C-11 is very similar to Bill C-10, a bill that last year failed to pass Canada’s senate before Trudeau called an election in the fall of 2021.