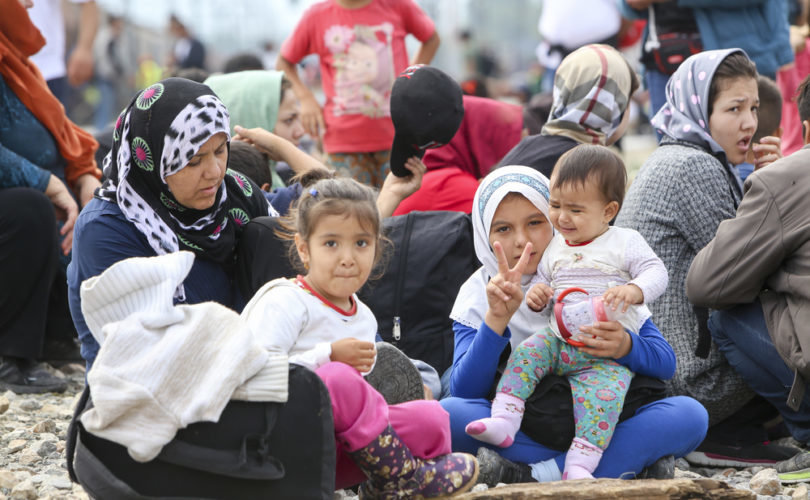 The Saskatchewan MP told therebel.media’s Ezra Levant that supporting “Canadian values” is like cheering for the Roughriders in Saskatchewan, but the question is what the government in power considers those “values” to be.

“As soon as those ‘Canadian values’ get into the hands of Justin Trudeau, those are going to be ‘Liberal’ values,” Trost said, pointing out that some European countries now screen for “European values” and “they screen out social conservatives.”

The controversy over the issue erupted and has been simmering since Tory leadership contender, Ontario MP and former cabinet minister Kelly Leitch sent out a campaign survey asking: “Should the Canadian government screen potential immigrants for anti-Canadian values as part of its normal screening for refugees and landed immigrants?”

While Leitch was criticized in the media for “nativist” politics, a poll commissioned by the National Post in mid-September found her move had “dramatically” increased her name recognition in a field of some half-dozen rumoured and declared candidates, and placed her then behind only Peter MacKay — since confirmed as not running — as the choice of Conservative supporters.

Trost, who is endorsed by Campaign Life Coalition as a supportable candidate because of his solid pro-life and pro-family record, told Levant that he was not against screening per se.

“We should screen, and we do for security and other things, but I want conservative values,” he said. “I’m scared the Liberals are going to use this to screen out conservatives.”

Belgium’s government announced in April that it would be passing a law requiring immigration applicants to sign an “European values” pledge. The requirement would not apply to asylum seekers or students.

In 2006, the Netherlands adopted a controversial policy requiring applicants from predominately Muslim countries to watch a video that included scenes of homosexual men kissing and a topless woman on the beach to test their acceptance the country’s “socially liberal” values.