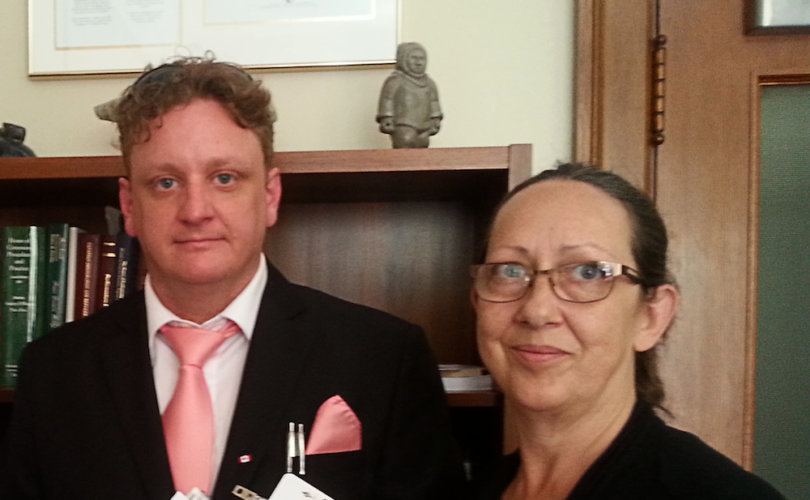 OTTAWA, October 21, 2016 (LifeSiteNews) — The House of Commons’ vote of 209-76 defeating Cassie and Molly’s law on Wednesday night fell predictably along party lines, but while the bill received support only from Conservatives, three Tories voted against it, including leadership hopeful Ontario MP Michael Chong.

Sponsored by conservative MP Cathay Wagantall, Bill C-225 would have made it a separate offense to injure or kill an unborn child during a criminal assault on a pregnant woman. The bill was named after Cassandra Kaake, who was seven months’ pregnant with her daughter, Molly, when slain in her Windsor home in 2014.

No Liberal, NDP, Bloc or Green MP voted for the measure, also known as Protection of Pregnant Women and their Pre-born Children Act.

“I am dismayed and not surprised” by the result, noted Johanne Brownrigg, the Ottawa lobbyist for Campaign Life Coalition who was present for the October 19 vote.

“Simply having the word ‘unborn’ in a piece of legislation now targets it for rejection,” she added.

“A vote for C-225 last night would have meant this bill would have gone on to committee,” Brownrigg said, which would have given Jeff Durham, Molly’s father, and Nancy Kaake, Cassie’s mother, “a opportunity to discuss their experience and why a lack of this law is unjust.”

“That bill made it to committee, and even to the Senate, where it was robustly debated and disputed,” Brownrigg noted. “The same could have happened with Cassie and Molly’s law, it could have been another chapter in the path to justice for the father and her mom. They were witness to a heinous crime and lost two people they loved.”

Brownrigg estimated that only about 30 Liberals were present for the better part of Monday's second reading debate on the bill. The many others in the House on Wednesday night for the vote did so “robotically. They clearly had not even bothered to look at the bill, they were probably given their orders, and they voted according to party line.”

But at the same time, the Liberal MPs must have been aware of Jeff Durham and Nancy Kaake seated in the visitors’ gallery facing then, she said, because in contrast to the frequent rambunctiousness in the House, the vote was conducted “with restraint. … It was uncanny, it was so quiet.”

The Liberals “had to account” for what they were doing, Brownrigg said. “Sadly, Jeff and Nancy had to face them and watch them do it. It was very moving.”