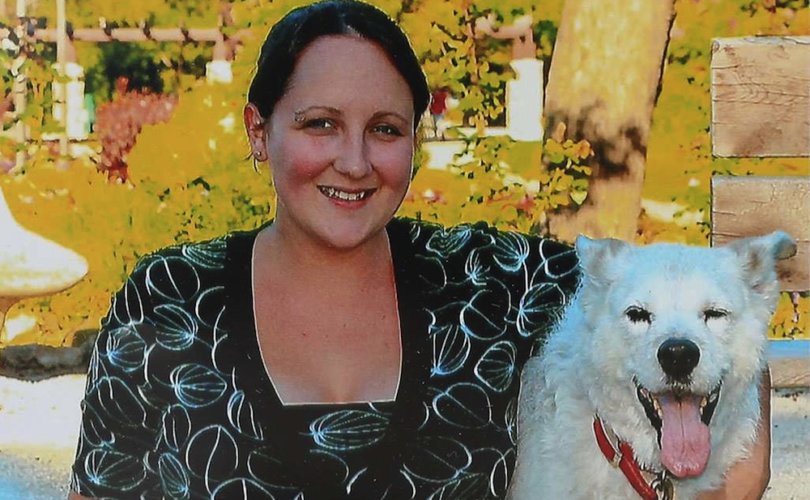 Conservatives leadership contenders will also be scrutinized for their position on Bill C-225, known as Cassie and Molly’s law, because of the abortion lobby’s widely held conviction that the legislation will affect access to legal abortion.

“The other side is so paranoid about protecting a false belief that a woman has a ‘right’ to abortion, that every time you mention protection for an innocent unborn child, it provokes a bozo eruption from them,” Gunnarson told LifeSiteNews. “Their antennae come out, and they just have fits.”

Bill 225 is “not about abortion, it’s about protecting the child in the womb, and protecting that child’s mother,” he added. “It’s a good law, a common sense law that protects babies in the womb. Every sane person wants babies and their moms to be safe.”

Bill C-225 makes it an offense “to cause injury or death to a pre-born child while committing or attempting to commit an offense against a pregnant woman.” It also adds pregnancy as an aggravating factor for sentencing.

Saskatchewan Conservative MP Cathay Wagantall named the bill after Cassie Kraake, a 31-year-old Windsor woman who was seven months’ pregnant with the baby she’d already named Molly when she was found dead in her home in 2014.

Abortion lobby groups and Liberal and NDP MPs oppose the bill, claiming its passage would jeopardize a woman’s alleged “right” to abortion by granting legal rights to the pre-born child.

Currently, under Section 223 of the Criminal Code, a pre-born child is not legally considered a person until he or she emerges fully from the birth canal.

But the bill has wide public support, with 70 percent of respondents in a July 2016 Nanos poll agreeing with the legislation —  and 75 percent of women polled in favor of the measure.

And it has so far been explicitly endorsed by least three contenders for the Conservative leadership, Andrew Scheer, Brad Trost, and Tony Clement — as well as being official Tory policy.

Declaration 97, “Protecting pregnant women,” in the 2016 Conservative Party Policy book states that the CPC “supports legislation to ensure that individuals who commit violence against a pregnant woman would face additional charges if her unborn child was killed or injured during the commission of a crime against the mother.”

“It’s a good bill that recognizes the vulnerability of women who find themselves in difficult situations,” Scheer told iPolitics Wednesday.

The Catholic father of five, who has consistently voted pro-life as an MP, stated at the outset of his campaign that as Tory leader he would not revisit the debate on abortion. He told iPolitics he did not “believe” Bill 225 would do that.

Clements, who is “red-lighted” as pro-abortion by CLC, also supports the bill and believes it will not affect access to abortion.

“This is about a mother who is trying to carry a fetus to term, not one who wants to terminate her pregnancy,” he told iPolitics. “The two issues are polar opposites.”

Trost, who is outspokenly pro-life and pro-family and endorsed by CLC, told iPolitics that while Wagantall had “gone out of her way to try to make sure this doesn’t overlap with abortion as much as she possibly can,” he would welcome a debate on legal abortion.

“If it gives the unborn some rights, I think that’s a good thing,” he said. “If it doesn’t … I still think it’s good legislation in and of itself. I’m good with either interpretation.”

Wagantall told the House of Commons when introducing Bill 225 that it does not mention abortion, and applies only to “third parties” who attack both a woman and her pre-born child. She said the law is necessary because pregnant women are “four times as likely” as non-pregnant women to suffer violent assault.

Indeed, Ian Gentles of the Toronto-based De Veber Institute For Bioethics and Social Research told LifeSiteNews in an earlier interview that in many cases a man will attack a woman precisely because he wants to harm her unborn child, or as a means to force her to abort that child.

“One of the major causes of Intimate Partner Violence is that the man does not want his partner to be pregnant,” he said. “Violent assault is obviously a major method of coercion. That’s why we absolutely need Molly’s Law.”

CLC’s Gunnarson predicted that Bill 225 will inevitably “arouse a helluva abortion debate” for the simple reason that Liberal and NDP MPs, and abortion advocates among the Tories, will be unable to restrain themselves from raising the issue.

“Every comment will have abortion in it,” he said.

October 19 has been reported as a date for debating Bill C-225, Protection of Pregnant Women and Their Preborn Children Act, but that has yet to be confirmed.