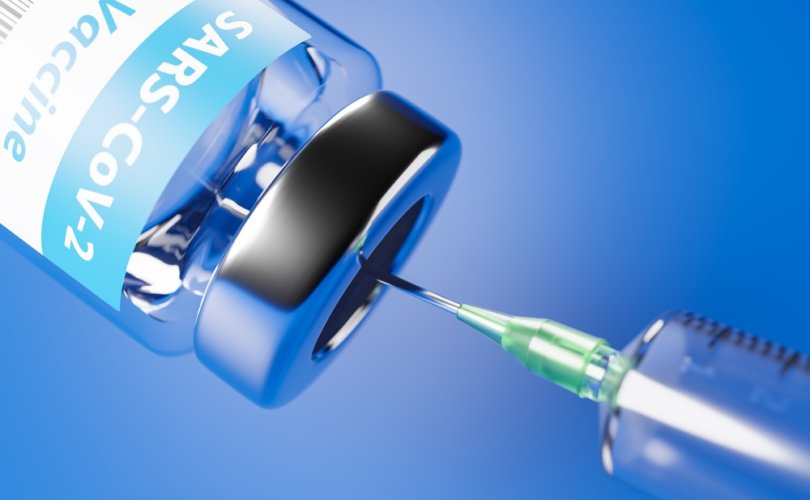 February 4, 2021 (LifeSiteNews) – In direct contrast with mainstream media coverage and the claims of pharmaceutical companies, business ethicist and former professor at the University of Virginia’s school of medicine Dr. David Martin, Ph.D said in an interview that “mRNA is not a vaccination. It’s a gene therapy that was originally developed for cancer treatment.” On top of that, Martin described the role the media have played in propagating falsehoods around PCR testing for COVID-19.

Martin said that as part of a “propaganda war” a widespread conflation of terms has been promulgated by media and research institutions, including Johns Hopkins University. According to Martin, the World Health Organization (WHO) correctly distinguished SARS-CoV-2 as a virus and COVID-19 as a set of clinical symptoms, but that confusion has arisen from a false “causal link” made by the media, reporting that SARS-CoV-2 causes COVID-19.

Given that “the majority of people who test positive using the RT-PCR method for testing, for fragments of what is associated with SARS-CoV-2 are not ill at all,” Martin asserted that the “illusion that the virus causes a disease fell apart.” He also noted that, in the event of “5,000 new cases” being announced, for example, there “may be several thousand positive PCR tests, but most of the people who have a positive test will never have a single symptom. Most of the people who have symptoms do not have positive tests.”

To bolster his claim, Martin, who is a Batten Fellow at the University of Virginia’s Darden Graduate School of Business Administration, cited the WHO, which said in February 2020 that “there should not be a conflation between the two of these things. One is a virus in their definition and one is a set of clinical symptoms.”

Further clarifying, Martin said “COVID-19 is not a disease. It is a series of clinical symptoms. It is a giant umbrella of things associated with what used to be associated with influenza and with other febrile diseases,” including muscle pain, body ache, and fever.

After establishing reliability problems of PCR testing and the conflation of SARS-CoV-2 with COVID-19, Martin explained why he thinks mRNA vaccines are falsely called vaccines, and that they work more like gene therapy.

“This is not only not keeping you from getting sick, it’s making your body produce the thing that makes you sick,” Martin added.

— Article continues below Petition —
PETITION: No to mandatory vaccination for the coronavirus
Show Petition Text
1080121 have signed the petition.
Let's get to 1100000!
Thank you for signing this petition!
Add your signature:
Show Petition Text

The interviewer admitted that this description – that the injection makes one's body produce an effect that makes one sick – sounds somewhat similar to the effect of vaccines.

“It’s not somewhat different. It’s not the same at all,” Martin explained. “It’s a means by which your body is conscripted to make the toxin that then allegedly your body somehow gets used to dealing with, but unlike a vaccine, which is to trigger the immune response, this is to trigger the creation of the toxin.”

Targeting the pharmaceutical companies behind the supposed vaccinations, Martin alleged that they have manipulated clinical trial methodology to push their “vaccines” through development and production.

“They (pharmaceutical companies) said they could not test for the existence or absence of the virus and they could not test for the transmissivity because they said it would be impractical. The companies themselves have admitted to every single thing I’m saying, but they are using the public manipulation of the word vaccine to co-opt the public into believing they’re getting a thing which they are not getting.”

“A human being is going to be potentially exposed to unclassified, both short-term and long-term, risks of altering their RNA and DNA from exposure to this gene therapy,” Martin warned. Of the 40,000 participants in Moderna’s clinical trial, Martin noted that only a “few hundred people had a few days less severe symptoms with the gene therapy when compared to the other control group.”

Even this, he said, is unreliable information, as the pharmaceutical firms “separate out adverse events from actual COVID symptoms.” This allowed the companies to reclassify “a lot of what would have been considered to be COVID symptoms by calling them adverse events,” giving rise to “this ridiculous 90 percent plus effectiveness.”

“As a result of that, we have both a methodology problem, which by the way, has been criticized by a number of clinical scientists. The bigger problem is that they’re still not measuring viral susceptibility and viral transmission. Those are the two legs of the stool that is (sic) required for anyone to say that they are vaccinating a population for public health reasons.”

Martin advised that “this (gene therapy) is not a prophylactic, this is not helping us, we are being told to take a treatment for a disease we don’t have and most likely will not have.”

To demonstrate the absurdity of the situation, Martin likened it to a government health order stating that “everybody needs to take chemotherapy for the cancer they might get … that’s exactly what is happening.”

“And we are being told that using careful marketing manipulation and propaganda, calling these things vaccines for public health,” Martin warned, saying that “mRNA is a gene therapy … that was originally developed for cancer treatment. This is not a vaccination.”

Turning his attention back to PCR testing, Martin lamented that “the PCR test has never been approved as a diagnostic. It is not diagnostic. There’s nothing about taking a PCR test that does anything other than reinforce a propaganda narrative. It doesn’t tell you anything.”

Martin also pointed out that hospitals are not testing patients for influenza in his view because governments “don’t want to admit the fact that the majority of people who are in hospital, who are sick and who are dying, are experiencing exactly the same thing that’s happened every year, which is influenza-like, flu-like and pneumonia-like illness.”

Martin concluded that the “only reason we are using PCR tests is that governors and the Department of Health and Human Services are maintaining a state of emergency. The second that that state of emergency is lifted in any state or in the country, the PCR test won’t be allowed to be used.”

“The gene therapy that Moderna and Pfizer are doing – both of those would be suspended immediately if the state of emergency got lifted.”

Eager to demonstrate that the entire COVID-19 vaccination program is a farce, Martin explained that “if you lift the state of emergency, the whole house of cards falls.”