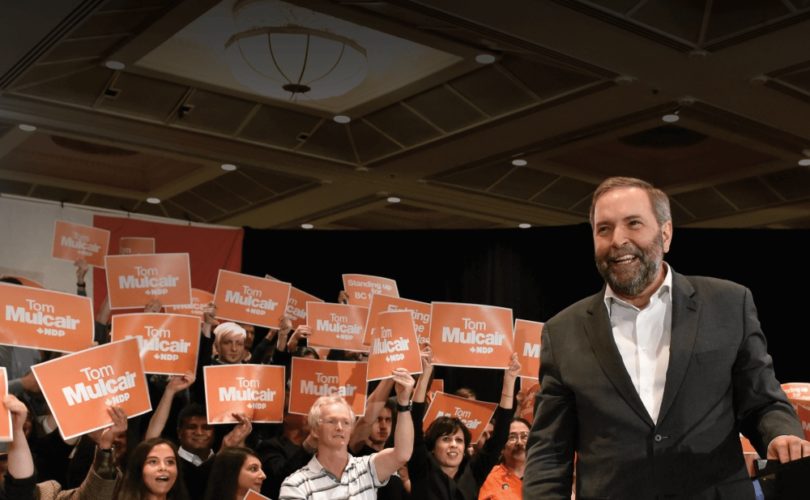 OTTAWA, August 6, 2015 (LifeSiteNews) — A political video ad has resurfaced from April in which NDP leader Tom Mulcair makes a statement suggesting big government is better at raising kids than parents.

“Stephen Harper thinks that keeping moms at home will help families: not me,” he says originally in French at one point in the video in which he proposes his plan for government-run childcare across the country. The same message has yet to be found anywhere in English.

If the New Democrats form government after the upcoming October election, Mulcair has pledged to create a universal childcare system based on Quebec’s costly $2-billion annual model, a system that has failed to improve children’s educational outcomes. The massive daycare plan would create one million daycare spots, costing taxpayers up to $5-billion and more a year.

“I will support affordable services in Quebec and export this model to Canada,” he says at one point in the video.

But polls since 2006 have consistently found that a large majority of Canadians (76 percent in 2013) believe a child is better off at home with a parent rather than with a “competent caregiver,” indicating that a universal daycare system would be unwelcome.

Mulcair’s message is a stab at Prime Minister Harper’s Universal Child Care Benefit, giving money to parents and letting them decide how to spend it for the good of their family.

Brian Lilley of The Rebel criticized Mulcair for taking a one-size-fits-all approach to childcare.