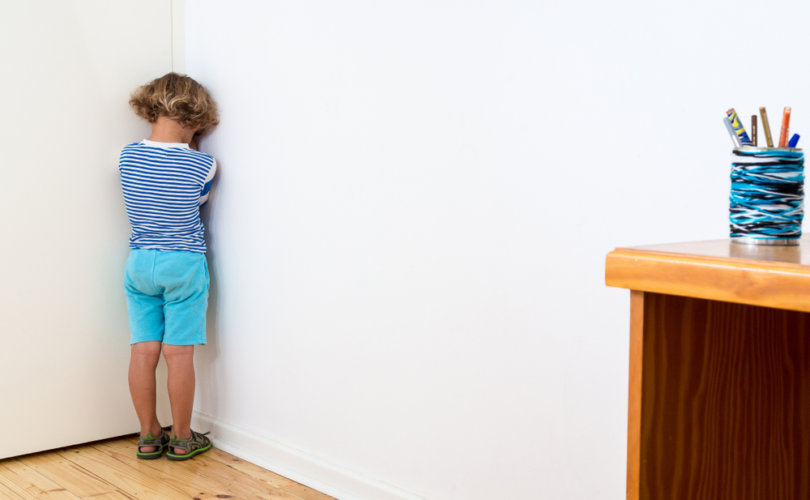 ONTARIO, Canada, March 1, 2021 (LifeSiteNews) – Fierce online backlash from outraged parents as well as the media spotlight forced a major Ontario regional municipality to say it made a “mistake” in issuing a flyer that instructed parents to keep their children in solitary quarantine at home for a period of 14 days if the child was dismissed from school or child care after being exposed to COVID-19.

The Region of Peel, comprising the Ontario cities of Brampton, Mississauga, and Caledon, released a flyer in December in which it told parents what to do if their children who attend school or child care are dismissed because a classmate came down with COVID-19.

“The child must self-isolate,” stated the flyer, “which means stay in a separate bedroom, eat in a separate room apart from others, use a separate bathroom.” The directives would apply to children as young as three who attend child care.

The Toronto Sun released a report about the directives on Saturday, interviewing experts who criticized them as harmful and not supported by science.

“This is cruel punishment for a child, especially for younger children, 4-10 years old,” Dr. Susan Richardson, a microbiologist and infectious disease physician, told the Sun.

“Shutting a child off from their parents and siblings for up to 14 days in this manner could produce significant and long-lasting emotional and psychological effects,” she added.

Richardson said that the directives are not supported by science.

“An asymptomatic child in a classroom with one child testing positive is at very low risk for acquiring infection,” she told the Sun. “Most importantly, we are losing sight of the fact that if he/she should contract COVID while quarantining at home, they and their siblings are at an extremely low risk of suffering severe disease as a consequence.”

The flyer also says that if the confined child must leave their room, “they should wear a mask and stay 2 metres apart from others.” Other children in the family must also be separated from the confined sibling and stay home for 14 days.

Dr. Tess Clifford, the director of the Psychology Clinic at Queen’s University, told the Sun that such directives are not “practically possible” and are “highly likely to cause harm to children who would already be experiencing considerable distress with having to remain at home.”

Dr. Martha Fulford, an infectious diseases physician at Hamilton Health Science who focuses on pediatrics, told the Sun that the directives were “shocking.”

“I don’t understand how any health-care professional has moved so far away from the fundamentals of public health and of doing no harm that they would think that basically incarcerating a child in a room for 14 days is in any way justified,” she said.

Peel area parents were outraged at the directives.

“My 10-year-old granddaughter was sent home from school today because one kid in her class tested positive. Public Health instructed her mom to keep her in her room with no contact with rest of family for 14 days,” one mom wrote on Twitter.

“Sounds like child abuse to me. There’s a $5K fine for non-compliance,” she added.

The Region of Peel tweeted this morning, however, that it had made a “mistake” in the flyer and was “sorry.”

“We made a mistake. We put out a flyer about what parents and guardians should do when their child gets sent home from school after a COVID-19 exposure and we left out an important detail.”

The Peel Region’s tweet said that specific details about a caregiver isolating with the child were on its website but not in the flyer.

“No surprise that it would upset and confuse people. We’re fixing it right now.”

The region’s website states that a “caregiver may need to isolate with the child if they require support with daily living, such as bathing, feeding, and clothing. If you're caring for a child, it's important to follow precautions to protect yourself and others in the home.”

These directives, however, fail to take into account statistical research that shows that children, teens, and young adults “do not have a high-risk for significant negative medical outcomes, including fatality” from COVID-19 infection.

A July 2020 U.S. study by Ealy, McEvoy, and Gupta et al published on Children’s Health Defense found that children have a probability of recovery of 99.9577% from COVID-19 infections.

“This data suggests that extreme measures for ensuring the safety of the Age 0 to 19 demographic may potentially do more harm than good,” the researchers stated in their conclusion.

“Policy decisions for governance and education should always be weighed against the very real possibility of severe emotional stress, psychological strain, and stunted social development, created by preventing young American citizens from attending school in person, or imposing severe protective measures to limit physical contact while in attendance in school,” they added.

Parents on social media were not impressed with Peel Region’s apology.

“No parent in their right mind would isolate there child and listen to these ‘medical professionals’…..this has become a joke…..because of the way u have been ordering us around …! we’re done,” wrote one Twitter user.

Another Twitter use responded to Peel’s region’s apology: “You mean to tell me we are to believe that if we didn’t catch you doing this crap & retweeted it constantly you wouldn’t have noticed it? Please …you just got caught. Zero credibility & we are now done with your ‘recommendations.’”