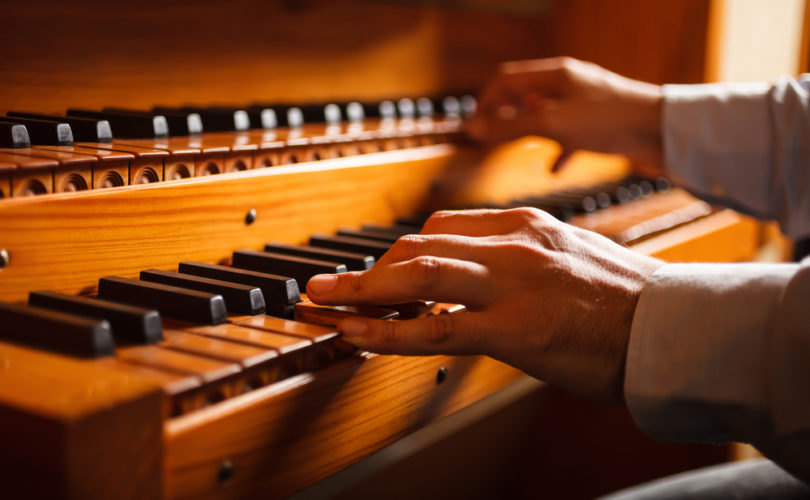 CHICAGO, Illinois, November 16, 2015 (LifeSiteNews) — A second man involved in a homosexual “marriage” has claimed he’s been fired from his job in the Archdiocese of Chicago.

Lawyers for Sandor Demkovich filed a complaint September 30 against the archdiocese with the federal Equal Employment Opportunity Commission (EEOC) and the Illinois Department of Human Rights after Demkovich was fired for “marrying” his same-sex partner.

“We once again see a pattern of acceptance and inclusion by the parish pastor, and the parish congregation in general, of an openly gay qualified employee suddenly reversed as soon as he enters into a legal marriage,” the man's lawyer said in a statement.

Demkovich had been the music director at St. Andrew the Apostle Parish in Calumet City until last year.

His complaint argues that St. Andrew’s pastor said his “union” violated Catholic teaching, and also told a choir member that he thought Demkovich and his partner “were going to keep this quiet and not make it public.”

Demkovich also alleged he was harassed about his weight, obesity and diabetic condition such that it created a “hostile and intimidating work environment.”

Demkovich attorney Kerry Lavelle said his termination was sudden, because the pastor backed the relationship and had even said he wanted to attend the wedding.

“We once again see a pattern of acceptance and inclusion by the parish pastor, and the parish congregation in general, of an openly gay qualified employee suddenly reversed as soon as he enters into a legal marriage,” Lavelle said in a statement.

Collette filed a complaint last December with the EEOC and the Cook County Commission on Human Rights. He had met that September with the late Cardinal Francis George over the matter.

Lavelle said last Thursday the Archdiocese of Chicago will not participate in mediation over Collette’s discrimination claim.

The EEOC will try mediation at times as a more informal way of settling a discrimination complaint, but when the attempt is not successful it will proceed with its administrative process.

“Mr. Colin Collette and Mr. Sandor Demkovich have filed complaints with public agencies who are still investigating the matters,” the archdiocese said in a statement. “The Archdiocese of Chicago has responded to the agencies and these matters remain pending. We do not comment on the progress of such matters.”

Church leaders continue to face having to remove employees for contradicting Catholic teaching with marriage legally redefined across the country this past June and employees in same-sex relationships openly contracting homosexual “marriages.”

The Catechism of the Catholic Church also holds that “homosexual persons are called to chastity.”