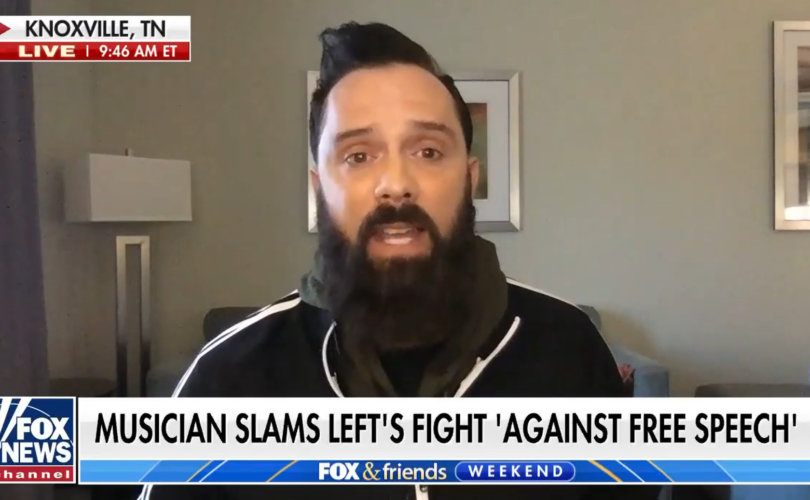 KNOXVILLE, Tennessee (LifeSiteNews) — The lead singer of the Christian rock band “Skillet” said artists need to speak up and defend one another from cancelation attempts.

John Cooper made the comments on February 5 on “Fox and Friends” during the controversy over Neil Young and Joni Mitchell pulling music from Spotify because Joe Rogan hosted several COVID contrarians on the platform, including Dr. Robert Malone and Dr. Peter McCullough.

“Artists should be scared to death of this institutional power that is so absolute that they can end your career … deplatform you, demonetize you, artists should be very scared,” Cooper said.

He said it is reminiscent to when the band played in Kyiv, Ukraine, in 2014, and a government official required him to submit lyrics for pre-clearance. The official ordered the band not to use certain lyrics.

“We have institutions saying, ‘Here’s your list, rockstar, here’s your list, songwriter,’” Cooper said. “That is dangerous, every artist that cares about authenticity should drop this nonsense about pulling people off of social media platforms.”

“If people don’t take the risks now, you may lose your opportunity to take the risk,” he said. Cooper said that his band was one of the first in the world to refuse to play at shows that barred people from attending if they were not inoculated against COVID.

“The government does not give me the right to free speech,” Cooper said. “Rise up,” he urged his fellow artists.