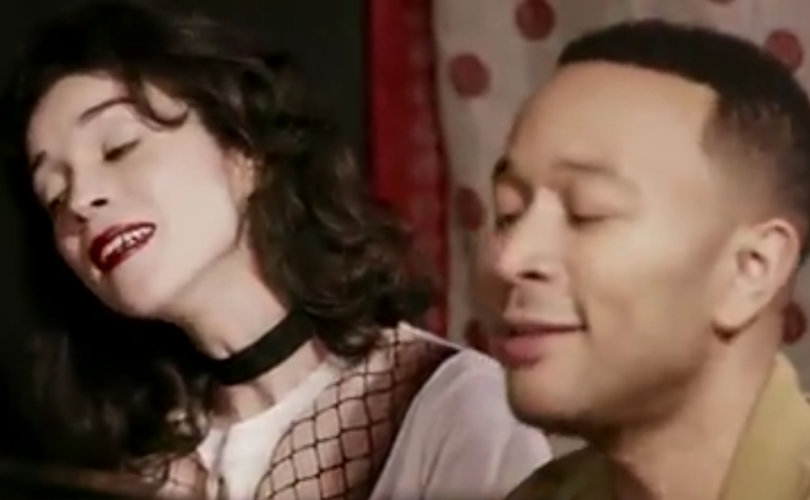 St. Vincent and John Legend are two of the musicians featured in '7 inches for Planned Parenthood.'

April 12, 2017 (LifeSiteNews) — An international group of recording artists that includes Foo Fighters, John Legend and Mary J.  Blige have announced they will produce a compilation series of seven-inch vinyl records called “7 inches for Planned Parenthood” to raise funds for the abortion superpower.

The word abortion is not mentioned in any of the promotional materials from the music industry in reference to Planned Parenthood, which was responsible for  323,000 U.S. abortions in 2014.

It is to help Planned Parenthood cover this anticipated shortfall that the group of artists pledged to produce a series of records.

“Lawmakers with extreme views,” the promotional post begins, “are working hard to shut down Planned Parenthood. If they succeed, millions of Americans will lose access to basic health services, including STD testing and treatment, birth control, and life-saving cancer screenings.”

“7-inches for Planned Parenthood is a response to this threat,” it continues. “This curated series of 7-inch vinyl records is being made by a group of people who believe that access to healthcare is a public good that should be fiercely protected.”

“The statement is untrue from beginning to end,” Mark Harrington, the founder of the Created Equal pro-life organization, told LifeSiteNews. In response to the claim that defunding Planned Parenthood would cut Americans off “from basic health services,” Harrington noted that basic health services would not being cut at all. “The funds would be redirected to 13,000 federal accredited health centers across the country.”

As for the avoidance of the word “abortion” in the promotional material and news coverage, Harrington told LifeSiteNews, “The word is toxic. They use various euphemisms because they don’t want to admit that abortion is what they are about.”

Harrington noted that “President Trump smoked [Planned Parenthood] out when he offered to keep their funding if they would drop the abortion piece. (Planned Parenthood CEO] Cecile Richards had to defend abortion and say, ‘We’ll never stop doing abortions.’”