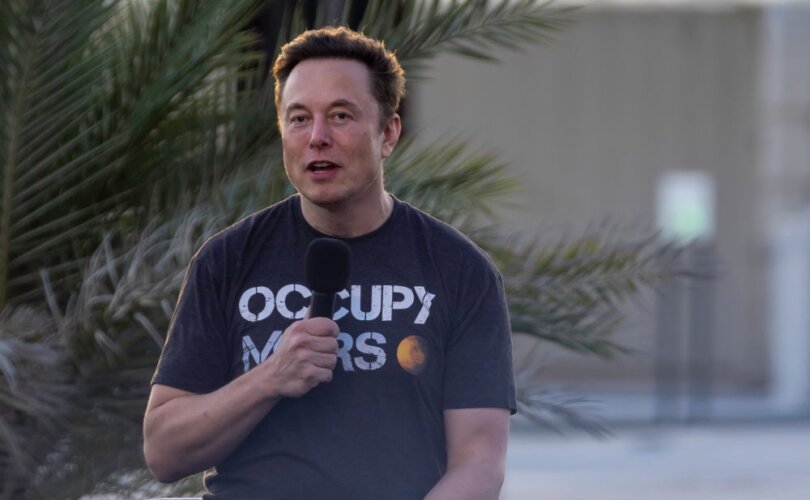 (LifeSiteNews) — Twitter owner Elon Musk said the platform’s deputy general counsel James Baker, who previously served as general counsel for the FBI, was “exited” from the company Tuesday over concerns regarding his “possible role in suppression of information important to the public dialogue.”

Musk made the announcement in a December 6 tweet responding to journalist Matt Taibbi, who released the first installment of the so-called “Twitter files” on Friday.

The “Twitter files” highlight internal company communications surrounding the censorship of the politically damning Hunter Biden laptop story broken by the New York Post just weeks before the 2020 presidential election. According to an August poll by TIPP Insights, 71% of Democrat respondents would likely have voted differently in the presidential race if they had known the Hunter Biden story was true.

The internal emails released Friday include one authored by Baker in which he defended the company’s early claim that the laptop story violated Twitter’s “hacked materials” policy. In the email, Baker argued it was “reasonable for us to assume that” the laptop had been hacked, “and that caution is warranted.” However, a forensic analysis has subsequently found that the laptop was not hacked and that its contents are “authentic.” It has been verified by numerous news outlets, including The New York Times and The Washington Post.

On Tuesday, Musk said that “[i]n light of concerns about Baker’s possible role in suppression of information important to the public dialogue, he was exited from Twitter today.”

In light of concerns about Baker’s possible role in suppression of information important to the public dialogue, he was exited from Twitter today

Musk’s comment came after Taibbi posted a link to a column by Jonathan Turley, who pointed out that Baker “has been featured repeatedly in the Russian investigations launched by the Justice Department … ” Turley added that “Baker’s name also appeared prominently in controversies related to the other Russian-related FBI allegations against Trump.”

Baker left the FBI in 2018 after the Justice Department launched a review “into the potential sharing of classified information with reporters,” according to The Hill. In 2019, he faced a criminal investigation for allegedly leaking information to the press.

On Tuesday, Taibbi explained the significance of Baker’s involvement in the “Twitter files” and the reasons for his sudden ouster.

“On Friday, the first installment of the Twitter files was published here,” Taibbi said. “We expected to publish more over the weekend. Many wondered why there was a delay.”

“We can now tell you part of the reason why,” he continued. “On Tuesday, Twitter Deputy General Counsel (and former FBI General Counsel) Jim Baker was fired. Among the reasons? Vetting the first batch of ‘Twitter Files’ – without knowledge of new management.”

According to Taibbi, Baker’s involvement in “vetting” the Twitter files became known after he and fellow journalist Bari Weiss ran into snags in receiving the internal communications to be released.

Taibbi said Weiss “discovered that the person in charge of releasing the files was someone named Jim. When she called to ask ‘Jim’s’ last name, the answer came back: ‘Jim Baker.’”

Musk confirmed that Baker was asked to provide an explanation for his activities prior to his termination from the company, but said his answers were “unconvincing.”

Baker’s alleged involvement in the release of the Twitter files has renewed concern that the FBI may have played a role in the suppression of the Hunter Biden laptop story.

“It looks like the chickens are coming home to roost on the FBI for its role in suppressing the Hunter Biden laptop story,” remarked Fox News senior political analyst Brit Hume. “It has long been suspected the FBI did this, but now there is increasing evidence. And many media outlets were happy to play along.”

Documents released as part of Musk’s “Twitter files” aren’t the only ones suggesting potential FBI involvement in the handling of the Hunter Biden story.

In an October 2020 FEC filing in response to a failed complaint by the Tea Party Patriots Foundation, Twitter’s former head of trust and safety Yoel Roth (who resigned from his role last month) noted that Twitter participated in “weekly meetings” with “federal law enforcement agencies,” who told the platform they anticipated “’hack and leak’” operations by state actors might occur in the period shortly before the 2020 presidential election, likely in October.”

And Twitter wasn’t the only social media giant to receive a warning from the FBI to be on the lookout for potential “misinformation” in the lead-up to the 2020 election.

This summer, Facebook CEO Mark Zuckerberg acknowledged his company had also been contacted by the FBI.

“Basically, the background here is the FBI, I think, basically came to us — some folks on our team and was like, ‘Hey, um, just so you know, like, you should be on high alert,’” Zuckerberg told podcast host Joe Rogan in August. “There was the — we thought that there was a lot of Russian propaganda in the 2016 election. We have it on notice that basically there’s about to be some kind of dump of — that’s similar to that. So just be vigilant.’”

“We just kind of thought, ‘Hey, look, if the FBI, which, you know, I still view as a legitimate institution in this country, it’s a very professional law enforcement,” Zuckerberg added. “They come to us and tell us that we need to be on guard about something. Then I wanna take that seriously.”