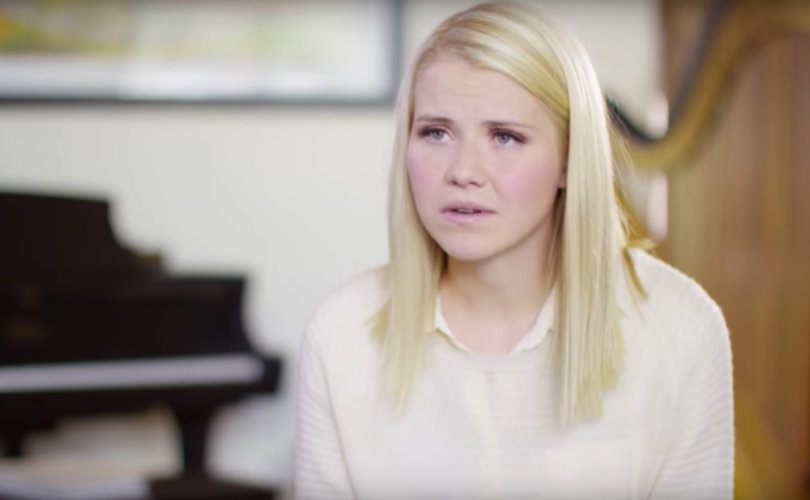 SALT LAKE CITY, August 19, 2016 (LifeSiteNews) – For the first time, Elizabeth Smart has revealed the role pornography played in her kidnapping.

In June 2002, Smart was kidnapped at knife-point, dragged into the woods, and told she was the “bride” of Brian David Mitchell. He bound the 14-year-old girl’s feet to the bed and raped her, sometimes multiple times a day, for the next nine months.

Smart says things got worse after he exposed her to pornography.

“I remember he pulled out this magazine full of hardcore pornography. And I remember he would just sit and look at it and stare at it,” Smart says in a new interview with the anti-porn group Fight the New Drug. “When he was done, he would look at me, and he’d be like, ‘Now we’re gonna do this.’”

“It just led to him raping more – more than he already did, which was a lot,” she says. In court proceedings, she testified to being assaulted three to four times a day.

“I can’t say that he would not have gone out and kidnapped me had he not looked at pornography. All I know is that pornography made my living Hell worse,” she states.

Smart says, following her mother’s advice, she determined to live a happy life. She is now married with a daughter of her own, a trained harpist, and describes herself as “an advocate against pornography.”

“I witnessed first hand just how damaging it is,” Smart, now 28, says.

Mitchell – who tried to kidnap two other girls, including Elizabeth’s cousin, during her captivity – has since been sentenced to life in prison without parole. He was beaten by another inmate in 2013.

He is only one of many criminals, including numerous serial killers, whose actions have been fueled in some way by pornography.

Ariel Castro, who imprisoned and sexually abused three women in his Cleveland-area home for years, told his judge in 2013, “My addiction to pornography and my sexual problem has taken a toll on my mind.”