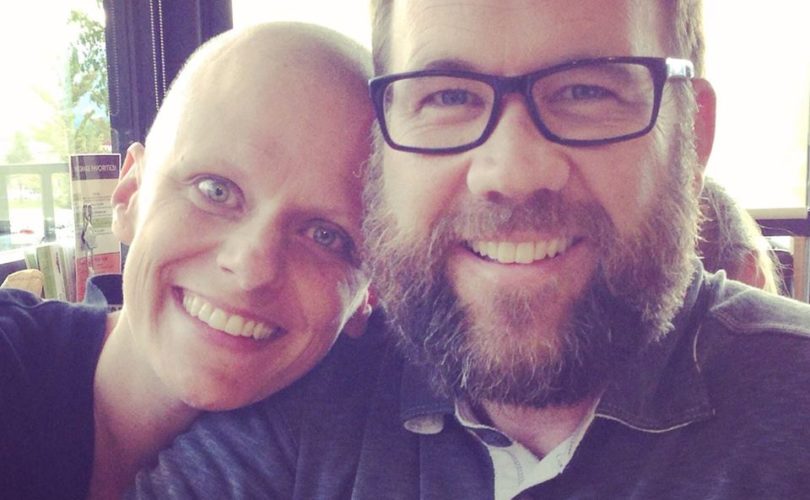 March 24, 2015 (LifeSiteNews.com) – The terminally ill blogger who reached out to Brittany Maynard in support of life and redemptive suffering has died.

The 38-year-old wife and mother of four had inspired many with her courage in the face of her diagnosis and with her choice to embrace the path ahead of her.

The Colorado woman had originally written about motherhood on her blog, Mundane Faithfulness, but after she became sick, the focus shifted to her trust in God and efforts to consider every moment a gift.

“My little body has grown tired of battle, and treatment is no longer helping,” Tippetts recently wrote. “But what I see, what I know, what I have is Jesus. He has still given me breath, and with it I pray I would live well and fade well.”

Tippetts – who authored a book about her journey last fall entitled, The Hardest Peace – had written an open letter to 29-year-old Maynard last fall during Maynard’s highly-publicized euthanasia campaign, urging her to change her mind and not commit physician-assisted suicide.

In her letter to Maynard, Tippetts told her that her life and her suffering mattered. She said that Jesus understood her own “hard goodbye,” that he was walking with her in her dying, and that her heart longed for Maynard to know Jesus in her dying.

Maynard’s choice to take her own life would deny her loved ones the opportunity to be there for her and give her love in the last moments God had planned for her, Tippetts said. She also said that with trust in Jesus, death is no longer dying.

“You have been told a lie,” Tippetts wrote. “A horrible lie, that your dying will not be beautiful. That the suffering will be too great.”

Tippetts told Maynard she expected her own death would be a beautiful and painful journey for everyone involved.

“But hear me – it is not a mistake,” she said. “Beauty will meet us in that last breath.”

Maynard had been diagnosed with terminal brain cancer and announced her plans to move to Oregon where she could legally end her life. Her case generated controversy in the euthanasia debate, and was seized upon by the euthanasia movement. (In one case, a pro-suicide group reporedly stole names from an online sympathy for Maynard to use in petition for its cause.)

Despite countless pleas to reconsider and many prayers offered for her, Maynard committed suicide last November 1.

The contrast between the two dying women’s approach to God’s plan became part of the euthanasia debate, gaining coverage from multiple news outlets, blogs and Christian groups, a report from The Washington Post said.

A film producer who is a friend of the Tippetts family is planning a documentary on the woman's courageous struggle.

“My lovely wife and author of this page, Kara Tippetts, passed into glory this afternoon,” Jason Tippetts said in a March 22 post on the Mundane Faithfulness Facebook page. “She was always overwhelmingly gracious, a wonderful mother, and a dear friend to many.”

A fund has been established to benefit the Tippetts children, with the information available here.

Judgementalism and moralizing in response to Brittany Maynard’s suicide

Brittany Maynard says she will not commit suicide this weekend