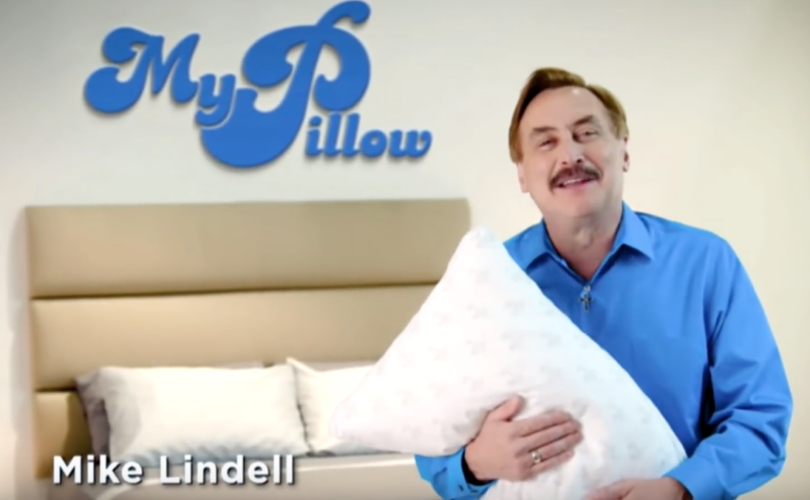 November 27, 2018 (LifeSiteNews) – Mike Lindell, inventor of the popular My Pillow and founder of the company of the same name, isn’t just one of America’s most well-known names in getting a good night’s sleep; he’s also a pro-life Christian willing to invest money in the pro-life message.

Unplanned is an upcoming film from the creators of Christian hits such as God's Not Dead and I Can Only Imagine, in partnership with 40 Days for Life and And Then There Were None. It tells the real-life story of Abby Johnson, a former Planned Parenthood director who converted to the pro-life cause in 2009. Johnson has exposed numerous details about the inner workings of the abortion industry and now works as a pro-life activist and commentator.

“We have been given a false narrative by our secular media that tells us that the abortion industry is ‘safe, sanitary and provides high-quality health care for women,’” Johnson told LifeSiteNews in 2016. “The only way to effectively combat that myth is by revealing the true stories and the real horror that is taking place behind those clinic walls.”

Johnson also founded And Then There Were None, which helps abortion workers leave that industry.

Lindell has invested $1 million in the movie, Faithwire reports. He will also have a brief cameo in a scene depicting the bulldozing of a Planned Parenthood facility replaced by the headquarters of the pro-life group 40 Days for Life.

“I’m pro-life and I’m happy to do it,” Lindell said. “I don’t get into things for the money; I get into them if the message is right.” Of his cameo, Lindell added that he had to “get over my shyness” and “spirit of unworthiness” to act on camera.

Lindell is no stranger to right-of-center politics. My Pillow advertises on numerous conservative radio shows, and Lindell refused to submit to left-wing pressure campaigns to boycott figures such as Laura Ingraham. “When they tell me to back down, I double down, and my sales go up,” he explained to The Hollywood Reporter.

He also supports President Donald Trump, a decision he reached through a combination of prayer and meeting with the then-candidate “before he was president and I didn't know a thing about politics.”

“I can pretty much go on any channel and talk about Jesus or Donald Trump, and I don't get attacked like you would think because I'm straightforward and I tell it like it is,” Lindell added, revealing that he doesn’t receive much heat for his stands.

The movie, which follows the pro-life Gosnell and serves as a counterweight to a variety of upcoming pro-abortion moviess, was largely filmed in secret due to its controversial subject matter. Ashley Bratcher, the actress playing Johnson, says she would have been aborted if her mother hadn’t chosen life at the last minute.

“To know you almost didn’t exist is an incredible thing to hear,” Bratcher told The Stream. “I was just seconds away from not existing. I still don’t think I’ve processed it, because I’ve been so busy nonstop doing this film.”

Unplanned is slated for release next March. More information can be found at the film’s website.