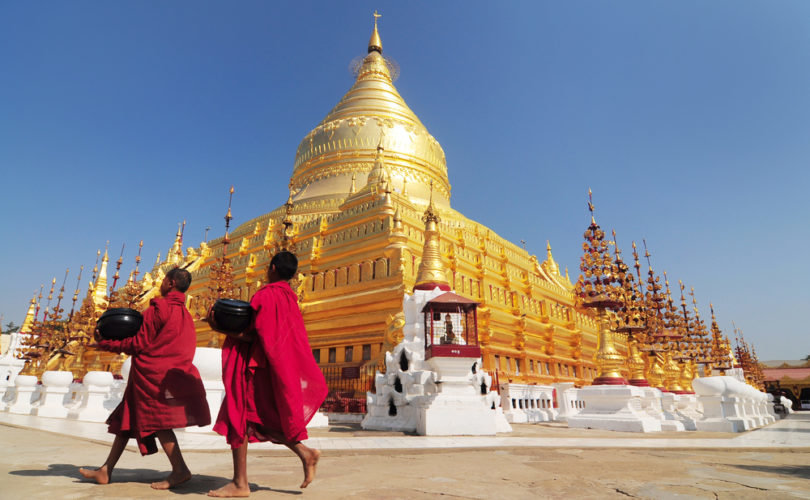 May 29, 2015 (LifeSiteNews.com) — In legislation touted by the government as intended to reduce maternal and infant mortality rates, but condemned by critics as population control aimed at the nation’s Rohingya Muslim minority, President Thein Sein of Myanmar signed into law a health care bill requiring mothers in some areas of the country to space their children three years apart.

In 2013, Myanmar, also known as Burma, imposed a two-child limit for Muslim Rohingya families living in the western state of Rakhine. The population control policy does not apply to the Buddhist majority in the area according to a report in the NY Times.

Critics from within and outside the country have blasted the new 3-year spacing regulation, calling it everything from religious discrimination to ethnic cleansing.

“It's very disappointing. This law targets one religion, one population, in one area,” Khin Lay of the Yangon-based Triangle Women Support Group, which campaigned against the legislation, told Reuters. “If the government wants to protect women, they should strengthen laws already in place to do that.”

Nwe Zin Win, head of women's rights group Pyi Gyi Khin, said “In the case of Rakhine specifically, it will only create misunderstanding between the two [Muslim and Buddhist] communities.”

Dainius Puras, the UN's Special Rapporteur on health, said in a May 27 statement, “Any coercive requirement for birth spacing with the aim to organize family planning would constitute a disproportionate interference in the sexual and reproductive health and rights of women and could amount to a violation of women’s human rights.”

Noting that the UN considers the Muslim Rohingya to be one of the world's most persecuted minorities, Lee added, “At a time when thousands of Rohingya are already fleeing the country by boat, this sends precisely the wrong signal to these communities.”

A migrant crisis has developed in recent months that has seen overcrowded boatloads of Rohingya Muslims attempting to get to Thailand, Malaysia, and Indonesia, with the Myanmar government refusing to take any responsibility for the problem.

A report by Al Jazeera says that “thousands more migrants are believed to be adrift at sea after a crackdown on human traffickers prompted captains and smugglers to abandon their boats.”

Al Jazeera noted that the three countries sought by the migrants have marine patrols that either turn the boats away from their shores or sometimes give the people on the boats food and water, a so-called “help-on” policy, and then force them back to sea.

According to a report by the Population Research Institute, in 1982 the Burmese government enacted a citizenship law that removed the Rohingya from a list of minorities which are recognized as citizens of the country.

“This left the Rohingya effectively stateless; they have the status of illegal immigrants. Without legal recourse, in a highly corrupt country, the Rohingya live under threat of extortion and bribery from local government officials,” said PRI's Anne Roback Morse.

“This abuse has now grown into full-blown ethnic cleansing,” said Morse, explaining that it is difficult for Rohingya to obtain a permit – required by law – to have a child.

“The current law punishes women bearing ‘illegal children’ with fines or imprisonment. Local officials line their pockets with bribes from couples desperate to have children,” she said.

“Burma does not need a two-child policy,” Morse concluded. “Ethnic violence cannot be solved by eliminating the minority, just as poverty cannot be solved by getting rid of the poor person. The most effective policy to deal with these problems is, as it has always been, to eradicate the hatred and the poverty by developing the human person.”

‘The most oppressed people in the world’: Burma imposes a two-child policy on local Muslims