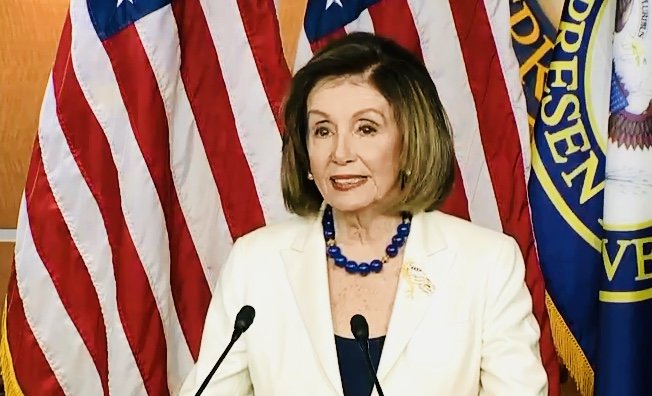 WASHINGTON, D.C., December 5, 2019 (LifeSiteNews) — In an amazing moment caught on camera at the end of a press conference where the Speaker of the U.S. House of Representatives explained that she and her colleagues will soon begin drafting articles of impeachment, Nancy Pelosi lashed out at a reporter who had asked, “Do you hate the President, Madam Speaker?”

The clearly annoyed Pelosi, who had already left the podium, turned back on her heels and walked toward Sinclair News reporter James Rosen waving her finger as she declared, “I don’t hate anybody.”

“I was raised in a Catholic house. We don’t hate anybody,” claimed Pelosi, still wagging her finger. “Not anybody in the world.”

Rosen explained that the reason he had asked the question was because at yesterday’s impeachment hearing Rep. Collins, R-Georgia, suggested that the Democrats are pursuing impeachment “simply because they don’t like the guy.”

“It has nothing to do with that,” said Pelosi, returning to the podium, and who then attempted to change the subject by launching multiple accusations against the president that she and her party are attempting to remove from office.

“I think the president is a coward when it comes to helping our kids who are afraid of gun violence,” she said. “I think he is cruel when he doesn't deal with helping our ‘Dreamers’ of which we are proud. I think he is in denial about the climate crisis.”

“So don’t mess with me when it comes to words like that,” she concluded.

After witnessing the awkward exchange, President Trump tweeted, “Nancy Pelosi just had a nervous fit. She hates that we will soon have 182 great new judges and sooo much more. Stock Market and employment records.”

“She says she ‘prays for the President,’” continued Trump. “I don’t believe her, not even close.”

“Help the homeless in your district Nancy,” added the President.

Nancy Pelosi just had a nervous fit. She hates that we will soon have 182 great new judges and sooo much more. Stock Market and employment records. She says she “prays for the President.” I don’t believe her, not even close. Help the homeless in your district Nancy. USMCA?

Within a few hours, the president’s Tweet had already garnered over 110,000 likes.