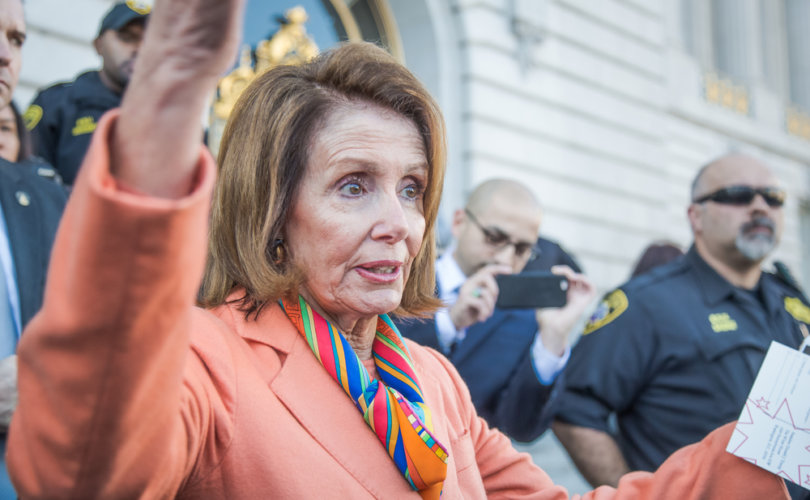 Pelosi, a Catholic, is one of the most vocal abortion supporters in Congress. She routinely touts her pro-abortion, pro-LGBT views as consistent with Catholicism. She supports giving tax dollars to abortion giant Planned Parenthood and recently appeared as a guest judge on a drag queen reality show.

Both of Lipinski’s fellow Illinois representatives, Jan Schakowsky and Luís Gutierrez, have, along with progressive and pro-abortion lobby groups, endorsed pro-abortion Marie Newman as she tries to unseat him.

Even though Lipinski skipped his scheduled 2018 March for Life appearance and voted in favor of taxpayer-funded military “sex change” operations, he continues to vote against abortion and therefore elicit his party’s wrath.

But Pelosi and Vermont’s Sen. Bernie Sanders have surprisingly been on the forefront of defending the notion that Democrats needn’t be required to be completely pro-abortion.

Last year, Sanders defended campaigning for a Democrat who had previously voted in favor of a mildly pro-life law.

“Of course” one can be a Democrat and be pro-life, Pelosi said as the party fought internally and publicly about whether to permit pro-life candidates.

DNC President Tom Perez has said, “Every Democrat, like every American, should support a woman’s right to make her own choices about her body and her health. That is not negotiable and should not change city by city or state by state.”

“I have served many years in Congress with members who have not shared my very positive, my family would say ‘aggressive,’ position on promoting a woman’s right to choose,” Pelosi told NBC’s Chuck Todd. Democrats’ “values unify us. We are unified with our commitment to America’s working families about job creation, about budget policies that invest in the future, good-paying jobs.”