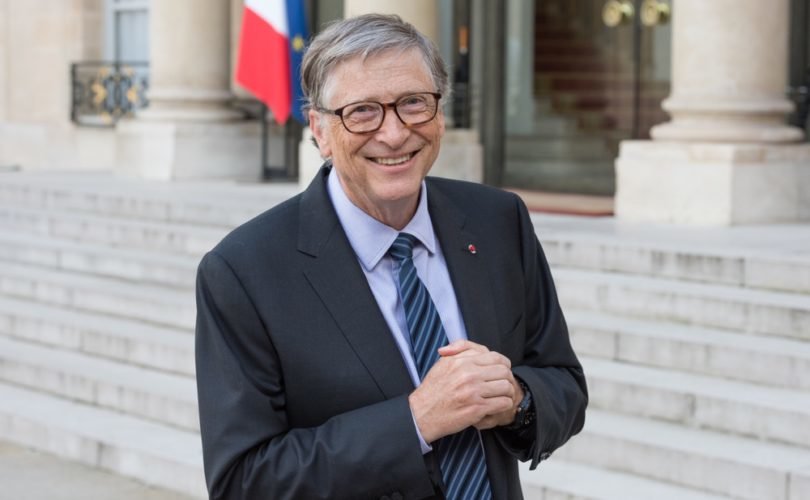 April 14, 2021 (LifeSiteNews) – As part of a recent fiery interview given by liberal author Naomi Wolf to conservative radio show host Eric Metaxas, Wolf slammed the globalist, billionaire Bill Gates for his role in steering the global political situation into a medical tyranny.

Naming Gates as part of a “hellish amalgamation” alongside the World Economic Forum and China, she claimed the threefold alliance was issuing a “directive” to governments across the world, in order to enforce restrictive lockdowns and promote a “bio-security state in which the freedoms and liberties of the West will be suspended.”

Whilst Western media, governments and corporations widely hail Bill Gates as a benevolent donor and world influencer, Wolf suggested that there was a more sinister aspect to the wide-reaching influence he enjoys.

As censorship of conservative voices has grown exponentially in recent months, Wolf linked Gates to the uniform reporting seen in the global media with regard to topics such as COVID-19, Joe Biden and COVID injections.

Mentioning the mainstream media reporting on issues relating to COVID specifically, Wolf noted how “we know that deaths are being inflated…there’s a 40% inflation in just one state,” referring also to the PCR COVID tests, which have been widely decried as completely unreliable.

“When there’s a real pandemic it doesn’t need PR,” she continued. “There are false narratives at different inflection points in the whole house of cards.”

Nor are such claims Wolf’s own, as she revealed that an August 2020 article in the Columbia Journalism Review documented the financial support which Gates was providing to the major news corporations across the globe.

Upon her own investigation into the Gates Foundation financial records, Wolf discovered substantial financing not only of “media, media, media,” but also “K through 12 education.”

“With such an all-encompassing reach and influence, Gates and the groups he funds can simply “attack and attack people like me, independent influencers trying to simply tell the truth about what’s going on, or even have a discussion about it.”

Wolf, a former political consultant for the presidential campaigns of Bill Clinton and Al Gore, warned viewers to avoid imagining that Bill Gates, the “tech bros,” and China simply “think like us,” because “they don’t.”

“How could he do this? If he’s a decent human how could this be bad?” she asked rhetorically.

Referring to personal research she did in 2017, which was corroborated by sources such as Bloomberg, Stanford and Harvard, Wolf revealed that Gates had “bought up” lawmakers in “Harvard, in Stanford, in the Department of Energy,” in order to advance his goal of covering “the globe in chalk dust, in sulphates, to prevent the sun from shining.

“It’s not science fiction, it’s just capitalism, but when you ask who is behind it, it’s not someone whose thinking ‘maybe I won’t suppress the free will and human creativity of human beings and mask their children forever, because that’s a cruel thing to do.’ It’s just a kind of Asperger’s kind of psychopathic guy with too much power surrounded by a) communists who have perfected inhuman, anti-individualist thinking and b) Silicon Valley guys who are who are making billions of dollars from it and who also don’t think in terms of the human rights and freedoms, but a ‘new space’, as they put it, to monetise.

“That’s what is behind it – so we shouldn’t think they’ll realise they’re being inhumane, because that is not going to happen, it’s up to us.