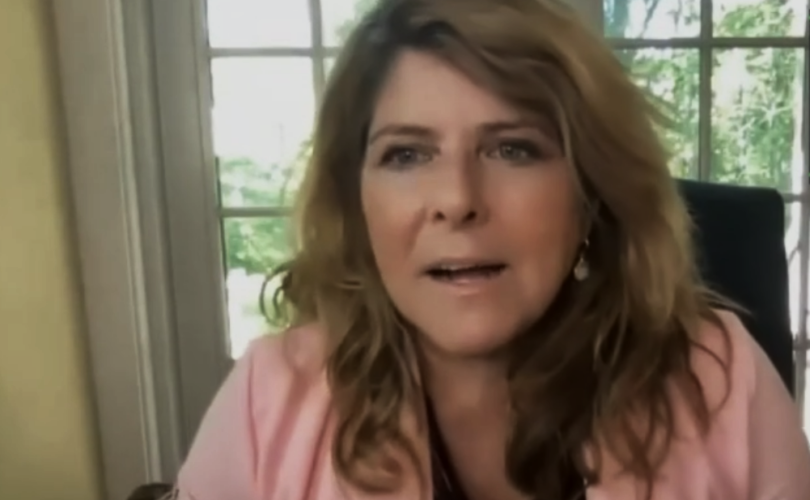 “I’ve concluded that this is in fact a bioweapon aimed at the reproductive capacity of the next generation, especially in the West,” Wolf declared, referring to the mRNA shots, during a Wednesday webinar on the injections’ impact on women, hosted by activists Frank Gaffney and Reggie Littlejohn.

Wolf, a lifelong Democrat who was permanently banned from Twitter in 2021 amid the COVID outbreak, believes the West is being targeted for reduced reproduction because of clusters of adverse effects she sees in Pfizer’s vaccine trial documents, which the Food and Drug Administration (FDA) was forced to release on March 24 and April 1 through a Freedom of Information Act (FOIA) lawsuit.

She pointed to a 2018 study shared by Dr. Lee Vliet during the webinar, showing the harmful effects of nanoparticles on reproduction. Wolf suggested that the jabs’ injury to child-bearing is intentional because the damage caused by the mRNA lipid nanoparticles was already well established before they were manufactured for the public.

Wolf went on to cite “horrific” data from Pfizer on miscarriages after the mRNA jab.

“We have a report from May of 2022 from elsewhere in the Pfizer data showing a more than 76 percent miscarriage rate for mrNA-vaccinated women,” shared Wolf, adding that Dr. Pierre Khoury “just looked at that same section of the Pfizer documents and found [an] over 80% miscarriage rate.”

She pointed out that these dramatic rates of adverse events are corroborated by other datasets, “like the VAERs database, which also shows staggering, disproportionate harms to fetuses.”

Wolf went on to cite numbers she had shared earlier this year in a May 29 Substack post showing a “worldwide baby die-off,” such as a rise of “over 200% for neonatal deaths in highly vaccinated Scotland.”

She also shared the findings of Canada’s Dr. Daniel Nagase, who was ordered to leave his hospital for treating three COVID patients (all of whom who went home from hospital alive) with ivermectin. Nagase told a reporter that he had been informed of 86 stillbirths in Waterloo, Ontario between January and July 2021.

“Normally, it’s only five or six stillbirths every year. So, about one stillbirth every two months is the usual rate,” he said. “So, to suddenly get to 86 stillbirths in six months, that’s highly unusual. But the most important confirmation that we have from the Waterloo, Ontario report was that all of the [mothers of the] 86 stillbirths were fully vaccinated.”

Wolf pointed out Igor Chudov’s finding that overall, there had been post-COVID jab “drops in successful birth rates of up to 20 percent worldwide.”

A significant number of other experts have warned that the COVID jabs could have severe impacts for pregnant women and their babies.

During a “Stop the Shot” conference streamed last year by LifeSiteNews, maternal-fetal medicine specialist Dr. Richard Blumrick explained that the mRNA-developed jabs may be able to cross the placental barrier, putting vaccine recipients at risk of fertility complications.

For Wolf, the evidence uncovered in the Pfizer documents by the War Room and her Daily Clout team has caused her to believe that Pfizer, the FDA, and members of the World Economic Forum (WEF) “are targeting the miraculous female body, with its ability to conceive, gestate, birth and nurture life.”

“They are targeting the human fetus’ very environment, one of the most sacred spaces on this earth, if not the most sacred,” she said. “And they know it.”