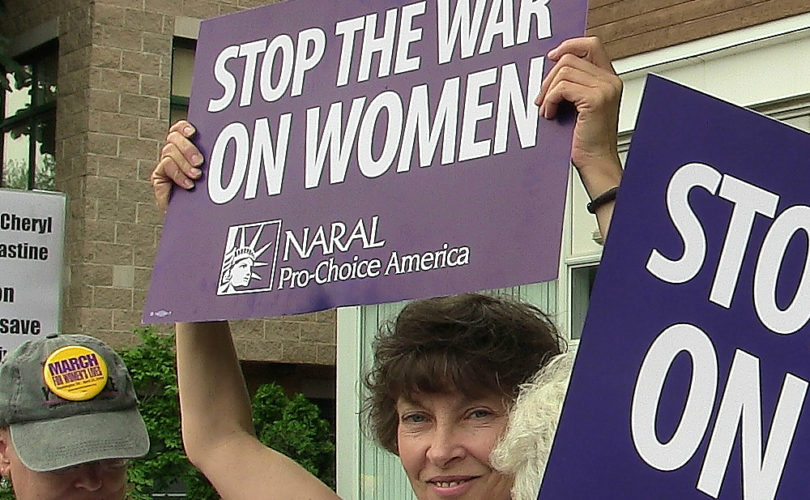 August 1, 2019 (LifeSiteNews) – An internal NARAL email has sparked confusion among pro-abortion activists this week for urging them not to use a range of common buzzwords for the procedure, based on directives the lobbying group has since claimed one of their field directors misunderstood.

On Tuesday, Splinter published an email from NARAL deputy field director Travis Ballie to field staffers and volunteers warning them not to say or write “Abortion should be/is safe and legal,” “Abortion is healthcare,” “Abortion is normal,” or “Abortion rights are human rights.” Ballie didn’t give a rationale, but said the organization would be organizing staff training sessions to explain why “extensive poll and focus group testing of messaging to voters and the general public” weighs against such terms.

Instead, he advised activists to “follow NARAL on Twitter and Facebook for real-time approved messages you can use,” and to consult an attached memo that frames abortion as “freedom” for “women and their families,” and “personal medical decisions.”

The memo sparked confusion due to not only the common nature of the prohibited language, but the fact that NARAL itself has used or promoted all of it within the past month:

1 in 4 women will have an abortion in their lifetime.

It doesn't matter why someone chooses to have an abortion. It's between them and their healthcare provider—and no one else.

Abortion is still legal in all 50 states. pic.twitter.com/kywgXXwsn2

“@NARAL members and voters across the country expect each candidate to bring this same level of leadership and propose real, concrete plans to safeguard access to safe, legal abortion and protect reproductive freedom for all Americans.” – Nicole Brener-Schmitz, NARAL

Ballie refused to comment on the matter, but a NARAL spokesperson told Splinter the deputy field director seemed to have misunderstood the directives he had received. Ballie’s email “spoke in a way that was not entirely accurate,” the representative said. “I have no idea where he got that from.”

The spokesperson explained that Ballie was apparently operating off of a messaging document that had been shared “with lead volunteers in an attempt to provide them with some messaging guidance,” and seemed to have wrongly inferred that the language should be abandoned because it wasn’t among the language that the document had identified as “the latest and greatest in terms of our findings.”

Regardless, pro-lifers have long disputed rhetoric that declares abortion “safe” due to its litany of health risks, a “human right” due to the fact that it kills another human being, or “healthcare” because killing a child for economic, emotional, or lifestyle reasons doesn’t fit healthcare’s traditional meaning of treating physical or mental illness or injury, to preserve life and restore or maximize an individual’s physical or mental well-being.