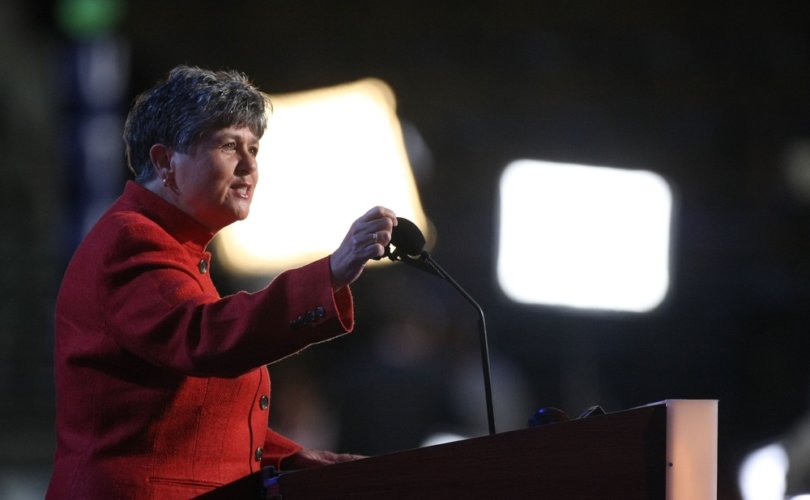 WASHINGTON, May 14, 2012 (LifeSiteNews.com) – When Nancy Keenan, the head of America’s oldest abortion lobby, told the Washington Post she was stepping down, she cited a grim fact that she had noticed for years: abortion supporters just aren’t as young or zealous as their pro-life counterparts anymore.

“While most young, antiabortion voters see abortion as a crucial political issue, NARAL’s own internal research does not find similar passion among abortion-rights supporters,” wrote the Post’s Sarah Kliff. “If the pro-choice movement is to successfully defend abortion rights, Keenan contends, it needs more young people in leadership roles, including hers.”

Keenan, 60, said she would step down at the end of the year in favor of a younger executive. “There’s an opportunity for a new and younger leader,” Keenan told the paper. “Roe v. Wade is 40 in January. It’s time for a new leader to come in and, basically, be the person for the next 40 years of protecting reproductive choice.”

The abortion leader had told Newsweek in 2010 of her shock at the youth and vigor of the pro-life movement after stumbling upon the annual March for Life in Washington, D.C., which draws hundreds of thousands of people – disproportionately female and very young – each year.

Gallup polls on the abortion issue among Americans have shown age groups growing more similar in their views on the topic for the past 20 years. While abortion-on-demand found most of its support among young adults in the mid-1970s, surveys since 2000 show all age groups below seniors showing similar feelings on the topic.

NARAL’s poll of 700 young Americans in 2010 found 51 percent of pro-life voters under 30 calling abortion a “very important” voting issue, compared with only 26 percent of the same group among abortion supporters.

Kristan Hawkins, the 26-year-old executive director of Students for Life of America, told CitizenLink that she could “definitely see” the intensity gap on college campuses, where her organization fosters 700 student pro-life groups compared with Planned Parenthood’s 200.

“(The pro-abortion groups) are dead. There is nothing going on. The only time we see them is when they are reacting to a Students for Life event,” said Hawkins.

Kliff reports that NARAL, which was founded four years before Roe v. Wade, has spent the past three years using surveys and focus groups to find new ways of messaging young adults to support abortion. A new, more extensive campaign for abortion is also waiting in the wings, due to be launched for Roe’s 40th anniversary next year.

“People give a lot of lip service to how we’re going to engage the next generation, but we can’t just assume it will happen on its own,” said Keenan.