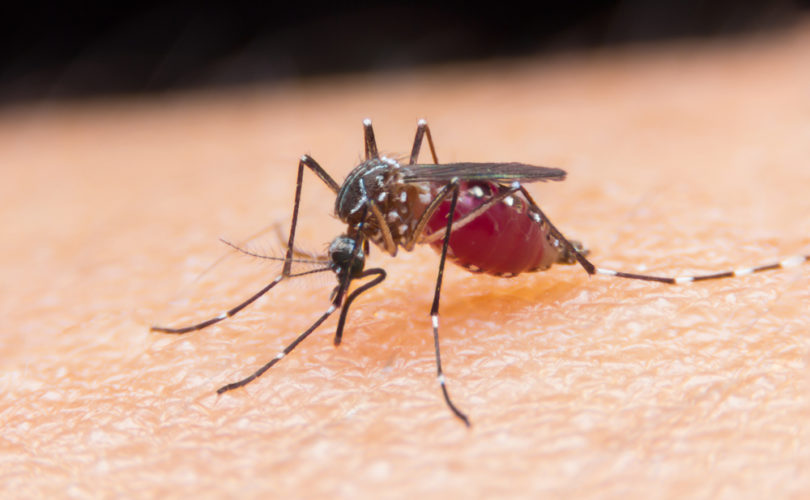 CORRECTION: This article originally falsely stated that a WHO official, Dr. Carissa F. Etienne, advocated killing babies who had come in contact with Zika. However closer examination of the comment in context shows it was unrelated to abortion.

WASHINGTON, D.C., February 8, 2016 (LifeSiteNews) – One of the most radical pro-abortion groups in the world is issuing a call to the leading GOP presidential candidates to abandon their pro-life convictions for “public health.”

Zika is a mosquito-carried virus spreading from Brazil that has been linked to microcephaly, or smallness of the head, a condition associated with incomplete brain development. Most affected children live to their 40s or 50s, but those with severe microcephaly die.

World Health Organization (WHO) Director-General Dr. Margaret Chan explained, “A causal relationship between Zika infection during pregnancy and microcephaly is strongly suspected, though not yet scientifically proven.”

WHO's Chan concluded, “The most important protective measures are the control of mosquito populations, and the prevention of mosquito bites in at-risk individuals, especially pregnant women.”

Last year, Zika spread throughout South America and the Caribbean. Most recently, the virus has come to the United States. On February 2, Texas health officials confirmed the first case of transmission in the nation, which came from sexual contact. Florida Gov. Rick Scott declared a public health emergency over the virus in four state counties, and New York had its first confirmed cases last week.

Brazil has over 3,500 cases of microcephaly in the past four months alone. Rio de Janeiro hosts the 2016 Summer Olympic Games, and the city has a set of plans in place to help slow the spread of the virus.

The NARAL pro-abortion letter refers to the GOP candidates' pro-life positions as “partisan ideology” and states that abortion in the face of the Zika virus is to “protect … families across our country.”

NARAL requested a response from each candidate by Monday at midnight. Pro-lifers are very interested in how they respond.

“Radical pro-abortion groups are using the 'Zika' virus to promote the legalization of abortion on demand throughout Latin America,” CitizenGO's Caroline Craddock said.

Craddock continued, “While the Zika virus should certainly be taken seriously as a threat to pregnant women and their unborn babies, it should not be used as an excuse to extend pro-abortion laws in Latin America.”

Monica Roa of Women's Link Worldwide as much as admitted that pro-abortionists are abusing the Zika virus tragedy to push a pro-abortion agenda. In an NPR interview, Roa stated, “In the countries where the law doesn't allow [abortion] … the debate should be on the table and discussed in the context [of Zika virus infections].”

The United Nations has added proabortion pressure. The U.N. Human Rights Office of the High Commissioner issued a press release strongly advocating that “governments ensure women, men and adolescents have access to comprehensive and affordable quality sexual and reproductive health services and information, without discrimination.”

American Life League president Judie Brown said, “The tragic news of this latest viral infection appears to be yet another notch in the pistol of the pro-abortion cartel known to never pass up a reason to kill a pre-born child.”

Brown says pro-abortion activists are using Zika “to press on for laws that diminish the dignity of the pre-born child while exonerating acts that kill them.”

“The Zika virus is a horrible threat to women, children, and others, but when aborting a child is considered to be an antidote, there is clearly something wrong with the attitudes of those who should be at the forefront of developing an ethical vaccine to fight the virus rather than fighting it by killing possible victims,” Brown stated.

She concluded, “Spread the word: the Zika Virus is not an argument for more child-killing by abortion. The Zika virus needs a remedy that saves lives.”

Georgetown professors push abortion and contraception as response to Zika